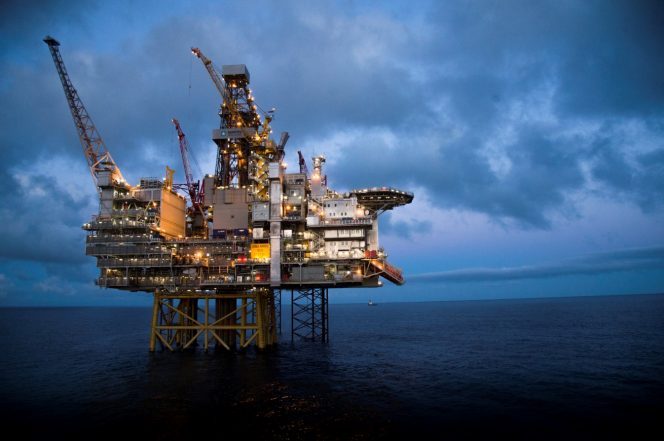 Lagos — Investors have advised oil and gas majors to consider cutting dividends, rather than buying back debts as they manage to stay afloat amidst oil price crashes from the coronavirus pandemic.

Companies from Exxon to Shell have announced plans to cut spending and suspend share buyback programs to balance their books and prevent already elevated debt levels from growing.

None has announced any plan to cut dividends so far.

The likes of BP, Chevron, Exxon Mobil, Royal Dutch Shell, and Total have avoided reducing dividends for years to encourage shareholders who have been paid in billions, as a result adding a combined $25 billion to debt levels in 2019 to maintain capital spending.

The strategy was designed to maintain the appeal of oil company stocks as investors came under increased pressure from climate activists to drop the shares and help the world move faster toward meeting carbon emissions targets.

Now, this strategy is at risk. Oil prices have slumped 60% since January to below $30 a barrel as demand collapsed because of the pandemic and as a battle for customers between Saudi Arabia and Russia threatened to flood the market with crude.

“Long term, it is appropriate to cut the dividend. We are not in favor of raising debt to support the dividend,” Reuters quoted Jeffrey Germain, a director at Brandes Investment Partners, whose portfolio includes several European oil firms.

Chevron was the only one to reduce its debt last year.

Shell, which paid $15 billion in dividends last year, prides itself on having never cut its dividend since the 1940s. This week it announced plans to slash capital spending by $5 billion.

But with the highest debt pile among rivals of $81 billion at the end of 2019 and an elevated debt-to-capital ratio, known as gearing, some investors say Shell might have to cut dividends into halve to balance its books.

“The measures taken by Shell seem to be sufficient but, over time, if Shell (for instance) does not spend enough capital expenditure then production will start to fall and the underlying cash flow will not be sufficient to sustain the dividend long term,” said Jonathan Waghorn, co-manager of the Guinness Global Energy Fund.

Even if oil prices recover to the low $40s a barrel, oil majors’ debt would rise to levels that are too high by 2021, said Morgan Stanley analyst Martijn Rats.

“Much remains uncertain, but if commodity markets evolve as expected, we think European majors will start to reduce dividends in the second half of 2020,” Rats said.

BP, which last cut its dividend in the wake of the 2010 Deepwater Horizon rig explosion is yet to announce a detailed plan to weather the crisis. BP declined to comment.

“Given all the negatives, I see no long-term downside to cutting the dividend temporarily and, once circumstances change, raise it accordingly,” said Darren Sissons, portfolio manager at Campbell, Lee & Ross, speaking about major oil companies.

The dividend yield – the ratio of the dividend to the share price – on oil company stocks have soared in recent weeks following the collapse in crude prices, hitting levels not seen in decades.

High dividend yield can imply that investors are assigning a higher degree of risk to a company’s dividend but the big oil companies won’t want to reduce payouts, said Alasdair McKinnon, portfolio manager at The Scottish Investment Trust.

“Oil majors will be extremely reluctant to cut dividends. They have historically defended them through some very tricky periods,” McKinnon said.