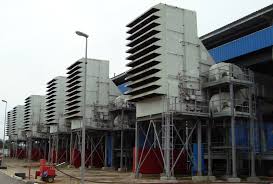 Port Harcourt — A civil society group, the Centre for Environment, Human Rights and Development, CEHRD, has described as appalling that most communities in the Niger Delta region are not connected to the national power grid.

It said the governors of the Niger Delta states could help ameliorate the situation by setting up independent power plants, IPPs, and also liaise with the Federal Government to provide power for their states.

Communications and Advocacy Officer, CEHRD, Mr. Michael Chidozie, disclosed these while speaking exclusively to our correspondent on the sidelines of an interactive session on a study on community needs, priority, governance and development in the Niger Delta in Port Harcourt.

Chidozie, particularly, explained that in Akwa Ibom State, despite hosting two independent power plants, most communities in the state were not linked to the national grid.

“Especially in Akwa Ibom and some parts of Bayelsa, we discovered that most of the communities are not connected to the national grid. They make use of generators and it makes life and standard of living more expensive for them.

“They put on their generators everyday, there is no electrification in some of the communities and you know people cannot prosper in such an environment, as they are living below standard.

“Businesses operating in such communities rely on fuel for their generators, but if there were to be electricity in such places, it would reduce cost of living and people will be able to venture into business; but currently it seems it’s a rat race because they spend so much on generators and government also tax them and at the end, there is no visible development or project especially on electricity to better their lives,” he stated.