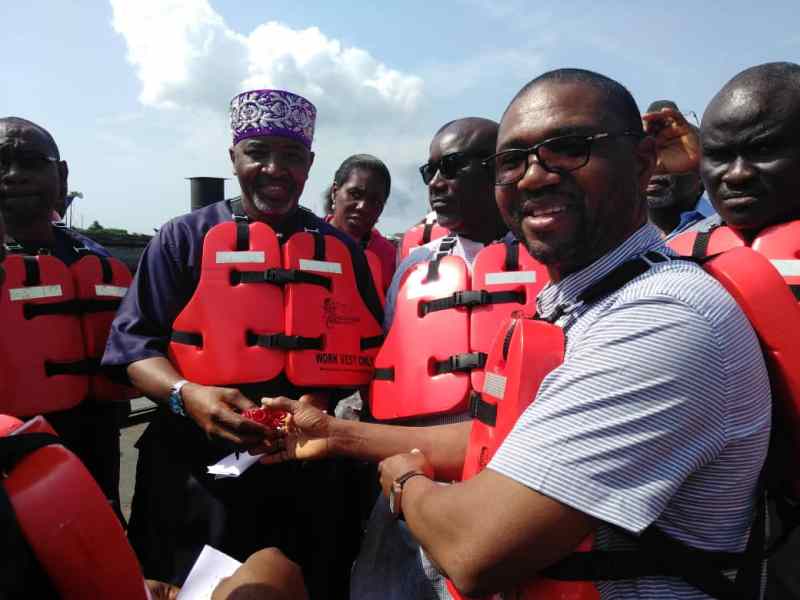 The oil firm handed over the boats to the Amanyanabo of Bonny Kingdom, HRM King Edward Dappa-Pepple III, who was represented by the secretary of the King Perekule Palace, Chief Abel Attoni at the coal beach, Bonny.

Speaking, the Offshore Installations Manager, Mobil, Isiaka Idowu, expressed gratitude to the Amanyanabo and people of Bonny Kingdom for the hospitality and accommodating spirit the company has enjoyed since its arrival in the area.

Idowu said Bonny remains one of the most peaceful environments within the Niger Delta region, adding that the boats were parts of the company’s way of supporting Bonny Kingdom in finding sustainable solution to the marine transport challenge facing the area.

Brown also assured the people of Bonny Kingdom of his company’s favourable disposition to partner with them in bringing positive development to the area.

Receiving the boats on behalf of the Amanyanabo of Bonny Kingdom, Chief Abel Attoni, commended ExxonMobil and the Nigerian National Petroleum Corporation for the kind gesture, assuring that every oil firm operating in the area will continue to enjoy a peaceful atmosphere in carrying out their business.

Attoni specifically commended ExxonMobil for its sterling records in terms of corporate social responsibility, however, emphasised on the need for the company to do more for the community.
“His Majesty King (Dr) Edward Asimini William Dappa Pepple III, Perekule XI, CON, JP, Amanyanabo and Natural Ruler of Ancient Grand Bonny Kingdom sends his greetings. Thank you. We know is not enough, but thank you we must say, thank you.”