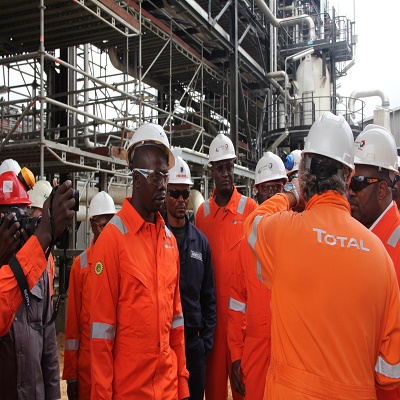 The free healthcare, according to the French oil giant, would last for two weeks, and is expected to handle diagnosis, treatment and drug dispensation for numerous kind of ailments including pediatrics, ophthalmological, antenatal as well as surgeries.

Le-Cocq explained that it has become a culture for the oil firm to continue to champion health related issues through various programs, since health is wealth.

He added that the firm has continuously extend the culture to its host and neighbouring communities through its numerous preventive and curative public health interventions, such as safe motherhood program, healthy living awareness campaign, HIV awareness program and capacity building for staff of primary health care centers.

“As a company, Total Exploration and Production Nigeria Limited, we share in the universal saying that ‘a healthy people make a wealthy nation.’ this belief has propelled us to sustain the noble efforts of the Joint Venture to reach out to the critical needs of our people and support both preventive and curative health care delivery policies and programmes of Government despite the challenging business environment.

“After two days of this program, available statistics indicate that about 810 patients have so far been attended to. The breakdown of this figure indicate that 810 patients cases including 300 pediatrics cases, 261 ophthalmological and two antenatal cases have been handled.

“Furthermore, 21 patients have already undergone successful surgeries while 65 others are waiting further review preparatory for surgery. Surely these figures will rise further as the days go by, a testimony that this programme is very popular and highly patronized by our people.

“We believe that this project has helped a lot of individuals and families who could not afford the healthcare cost in our private clinics, against the backdrop of the current challenges facing public health sector of our states”

Le-Cocq represented by Total’s Community Relations Manager, Port Harcourt and Offshore, Okechukwu Obara, called on the residents of OML 58 host and neighboring communities to avail themselves of the opportunity to benefit from the services being made available by the firm.

He commended the Joint Venture partners, the NNPC, the Rivers State Government through the Hospital Management Board and the people of OML 58 communities for providing the platform for effective collaboration and cooperation in accomplishing the life saving programme.

Also speaking, the Director, Medical Mission, Marnifield Nigeria – the facilitator of the 2019 TEPNG Mass Free Health Programme, Dr. Akubuike Okara, described TEPNG as one company that values the health of its workers, families and its host communities.

Okara said the attendance to the programme is widespread with people coming from Imo, Abia, Delta, Edo and Bayelsa states and almost all the LGAS of Rivers State.

“In the first two days of this program, Marnifield medical team has attended to 810 people. 86 patients have been identified for surgery while 21 of them have already been operated on the Eye clinic has seen 261 patients and 211 reading glasses dispensed following eye screening.

“It is therefore projected that by the end of this programme over 5000 patients would have been attended to by the medical team.”