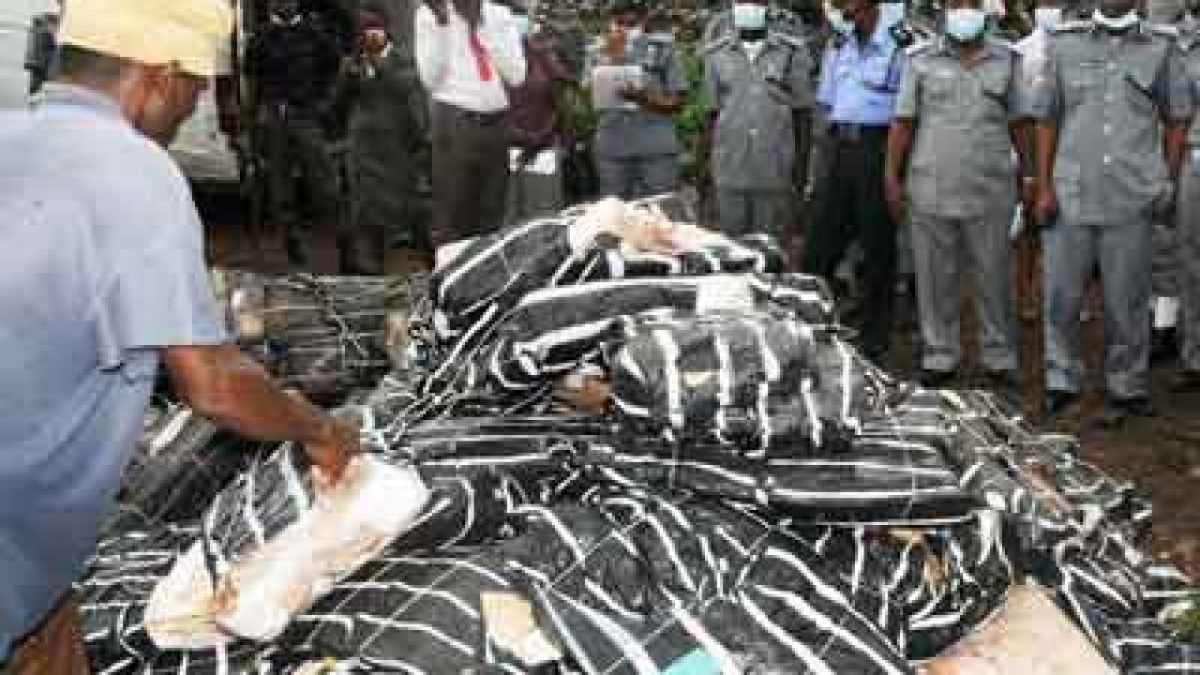 Lagos — The Federal Operations Unit, Zone A of the Nigeria Customs Service (NCS), on yesterday intercepted a vehicle with COVID-19 branded stickers used to smuggled frozen poultry products into the country through Ogun State.

This is even as the unit also said it’s men intercepted various items of contraband worth N12.7billion between January to April 2020.

In a statement signed by the Public Relations Officer of the unit, Jerry Attah, the COVID-19 branded was arrested while trying to smuggle in poultry products from Benin Republic.

Attah who quoted the Customs Area Controller of the unit, Usman Yahaya, said the vehicle was arrested along Ijebu ode expressway.

He also disclosed that they were intercepted based on intelligence and the eagle eye officers who were on routine patrol at the axis.

According to the Units CAC, “The officers were professional enough to intercept the vehicle which was believed to be used in the movement of essential commodities during the lockdown but was found to be involved in illegal activities such as the movement of contraband.

“We have arrested the vehicle and investigation has commenced to get to the root and unravel other atrocities that may have been committed using the essential duty tag.”

On the activities of the command in the last four months, the CAC explained that contraband worth N12.7 billion were intercepted from smugglers between January to April 2020, while the unit also paid N1.14 billion into the Treasury Single Account of the Federal Government from Debit Note (DN) on intercepted containers, voluntary payment of Customs duty on vehicles, auction sales from PMS among others.

Giving a breakdown of the seizures, the CAC stated that, “25 units of fairly used vehicles worth N108million; 5,644 cartons of frozen chicken worth N54.1million; 9,843 bags of 50kg smuggled parboiled rice worth N130.4 million and sacks of textile materials worth N94million were seized in the month under review.

“We won’t relent on our anti-smuggling fight especially at this time the government is preaching diversification into the agric sector due to the fall in the price of oil in the international market which has affected government revenue base.

“So, we will ensure that smuggling is reduced to the nearest minimum and not allow to fester as that could be injurious to our economy and wellbeing as a country.”