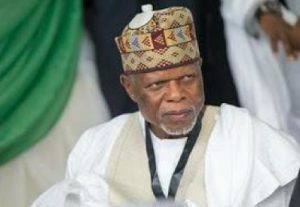 10 August 2018, Sweetcrude, Port Harcourt — The Comptroller-General of Customs, Col. Hameed Ibrahim Ali (Rtd), has approved the redeployment of 70 Comptrollers of Customs as part of efforts at rejigging the operations of the Nigeria Customs Service, NCS, to meet the challenges of fighting smuggling, revenue collection and trade facilitation.

Comptroller-General Hameed Ali said, in a statement by the Public Relations Officer of NCS, Mr. Joseph Attah, that the redeployment was with immediate effect.

Ali charged all the redeployed officers to bring their experiences to bear in their new postings by fighting smugglers to a standstill and collecting every collectable revenue.

“Federal Government policies on agriculture, economy and security can only be successful with a strong, determined and patriotic Customs Service.

“In the face of challenging security situation and increasing inclination to non-oil revenue drive, the service must step up to be counted as a necessary safety valve for national growth,” the statement quoted the Customs boss as saying.