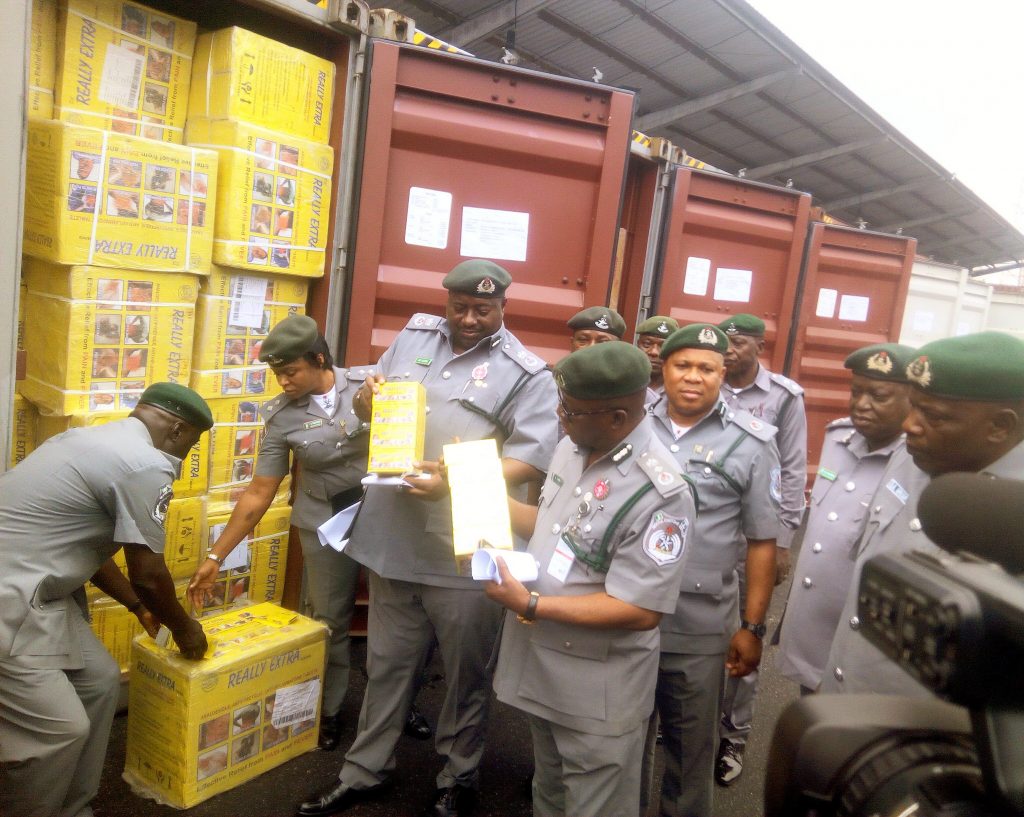 *Customs officers opening the containers with Tramadol at the Onne Port.

Chidi while conducting newsmen round the seized containers, stated that the seizure of 50 containers in Lagos, brings to a total of 59 containers of controlled drugs so far seized in the month of November.

He explained that the nine containers which originated from India were falsely declared as general merchandise goods.

“These nine containers were falsely declared as containing PVC ball valves and general merchandise goods, but upon diligent profiling of the exporter in the country of origin, India; there was reasonable suspicion that eventually led to the discovery of the dreaded drugs.”

He assured that increasing reliance on intelligence and technology would continue to make it difficult for smugglers to have their way.

“Let me assure you that, the NCS will not relent on its role of contributing to national, economic and security well-being of Nigerians by ensuring that items that could negatively affect the citizenry are not allowed entry into the country.

“Accordingly, I call on the general public, especially border community dwellers and port users to desist from the importation of illicit goods and also support NCS by providing credible information that will help us do better.

“It is of great concern to the service that we are experiencing increasing attempts by unpatriotic elements to smuggle dangerous drugs such as these into the country.

“These elements are morally bankrupt and willing to make money at the expense of human lives. We must stop them, as we all have a duty to protect our nation,” the Customs boss said.