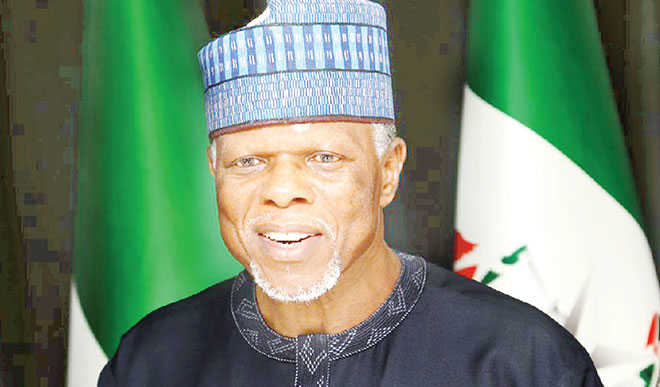 Port Harcourt — The Nigerian Customs Service, has announced seizure of contraband goods worth over N1.1trillion imported through Rivers and Onne seaports in Rivers State.

Ali said a total of 87 containers with Duty Paid Value of N1.1billion has been size in Onne port from 1st January 2019 to date, while Rivers port has recorded seizure of 12 containers with a duty paid value of N96million.

The Customs boss stated that all the sizures are in line with the provisions of the Customs and Excise Management Act, CEMA CAP C45 LFN 2004, Sections 46 and 161.

“Port Harcourt Area 1 Command has effected seizures of 1530kg Pangolin Scales falsely declared as Shale (raw material for analysis) for export and captured on SGD No. E296 of 01/10/2019 with Air Way Bill No. 172-9474-8124 by Divine Help International Limited (the declarant) on behalf of Optimal Logistics Limited (the exporter).

“After a tip off and careful examination, the items were found to contain 32 packages of Pangolin Scales concealed in two wooden pallets. This contravenes Schedule 6 of the Common External Tariff and Convention on International Trade in Endangered Species of Wild Fauna and Flora, which prohibits trading in Pangolin scales and other endangered plants and animals.

The Customs boss also announced that the country has made a lot of gains from the partial closure of the nation’s land borders, in line with its continuous drive to prevent the importation of harmful and prohibited items into the country.

Ali assured that the Nigeria Customs Service, as a responsible agency, will not disappoint on its mandate of enforcing compliance by maintaining zero tolerance to smuggling activities, irrespective of whoever is involved and under whatever circumstance.

“When Nigeria Customs Service assumed the leadership role of the ongoing partial border closure, we were not mindful of the possibility of desperate smugglers attempting to divert their prohibited items through the seaports. Unknown to them NCS resolve is total and all encompassing across all land, air and sea ports.

“Security is improving; Farmers are enjoying more patronage and are able to engage more hands to expand. Seizures of harmful things like these, only shows how we are being better protected from consuming unwholesome edibles.

“The on-going partial closure of land borders across four geo political zones in the country has led to increased desperation by smugglers who are now diverting their activities to our seaports.

“Let me reiterate our concern and determination to do all it takes to protect the wellbeing and safety of all citizens and residents by preventing the devastating effect of these hazardous importation and smuggled items. They endanger our lives as Nigerians hence will not be allowed to find their ways into the markets.”