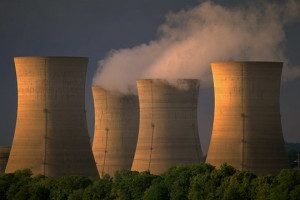 *The cooling towers of the nuclear power plant at Three Mile Island, near Harrisburg, Pennsylvania.uclear

03 February 2019, News Wires — The Czech Republic is unlikely to be ready to hold a tender to build new nuclear reactors this year, given the financing structure has still not been decided, Industry Minister Marta Novakova said on Sunday.

The government and electricity producer CEZ, which is 70 percent owned by the state, have been locked in a debate over how to finance the construction of new nuclear units.

“If we take into consideration, what lies ahead of us, then I personally think that it is not entirely realistic this year, that means to have the tender launched,” Novakova said at a debate aired by public Czech Television.

“The question of state support will be quite significant. It will have to be part of the tender,” she said.

Builders for nuclear power plants from countries including Russia, China and the United States are all set to vie for the Czech deal.