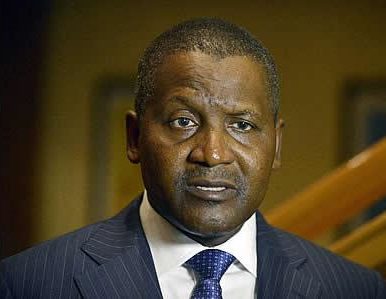 $41 million is expected to be invested by Dangote Cement in Liberia over the next ten years. The company will also be expected to maintain the roads leading to its terminals. The agreement will however be subject to review once in five years.

The approval followed a unanimous passage of a document on Investment Incentive Agreement (IIA) between Liberia’s senate and Dangote Cement Liberia Limited.

“The Senate Joint Committee is of the opinion that the Dangote Cement Liberia Limited is able to perform in good faith the terms and conditions of the agreement to establish a cement factory which will stabilise and provide affordable prices, access of cement on the local market and create employment opportunities for Liberians,” the committee said in a statement.

It added that, “In consideration of the importance of the proposed incentives to the success of the project as enshrined in the investment incentive agreement between Liberia and the Dangote Cement-Liberia, the joint committee hereby recommends to the plenary of senate to approve the ratification of the said agreement with the provisions that the agreement will be subject to review every five years.

“The investment shall make a total of investment of USD$41 million during the first ten years following the effective date. And shall in his best efforts assist the government in the maintenance of roads leading to its port terminal; while within the first five years following the start of commercial operations, the investment shall conduct an assessment for the establishment of cutlets in order counties across Liberia.”

For Liberia, the agreement brings in much needed foreign direct investment. In addition to recovering from a civil war, the Liberian economy recently suffered a setback from the Ebola crisis. The host community for the factory, also stands to benefit from the company’s Corporate Social Responsibility (CSR) programmes.

Expanding into Liberia raises Dangote’s production capacity drawing it closer to its aim of being the biggest cement producer in Africa. Dangote cement currently produces about 40 million tonnes of cement per annum.

In September, the company announced that it plans to acquire the entire share capital of PPC Limited-South Africa’s leading cement firm.

However, the Dangote Cement explained that the acquisition talks are still at the preliminary stage and the transaction remains a potential transaction. “Further details will be published subsequently, as appropriate,” Dangote Cement stated.

The Company has an annual production volume of 45 million tonnes which it plans to increase to 80 milllion tonnes in two years.

The funding required for the expansion projects will be sourced from Chinese and Indian banks and internally generated funds.

The company also operates in more than 40 countries and has a 40% market share in sub Saharan Africa.

It plans to expand its largest plant in Nigeria by 3 million tonnes, and construct 3 more plants in West Africa.
What this could mean for cement market in Nigeria?

While the name of the company’s largest plant in Nigeria is not mentioned, information from the 2016 Annual report for the company, put the production capacity of Obajana cement plant 13.3 million tonnes. Increasing production volumes in Nigeria means the company would be in an even bigger position to determine prices in the Nigerian cement market.

Economics of scale means the company can afford to sell at the slimmest of profit margins to push volumes. The company is currently the largest cement producer in the country.