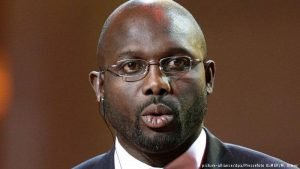 09 January 2018, Sweetcrude, Lagos – The Investment Incentive Agreement, IIA, under which Dangote Group would be investing $41 million in Liberia’s cement industry would be subject to review every five years, the authorities have said.

The approval for investment followed a unanimous passage of the IIA document by Liberia’s Senate and the signing of the document by Dangote Cement Liberia Limited.

The $41 million is expected to be invested by Dangote Cement Liberia over the next ten years. The company will also be expected to maintain the roads leading to its terminals. The agreement will however be subject to review once in five years.

“The investor shall make a total of investment of USD$41 million during the first ten years following the effective date. And shall in his best efforts assist the government in the maintenance of roads leading to its port terminal; while within the first five years following the start of commercial operations, the investment shall conduct an assessment for the establishment of cutlets in order counties across Liberia,” a statement by the Liberian Senate Committee in charge of he deal said.

For Liberia, the agreement brings in much needed foreign direct investment. In addition to recovering from a civil war, the Liberian economy recently suffered a setback from the Ebola crisis. The host community for the factory, also stands to benefit from the company’s Corporate Social Responsibility, CSR, programmes.