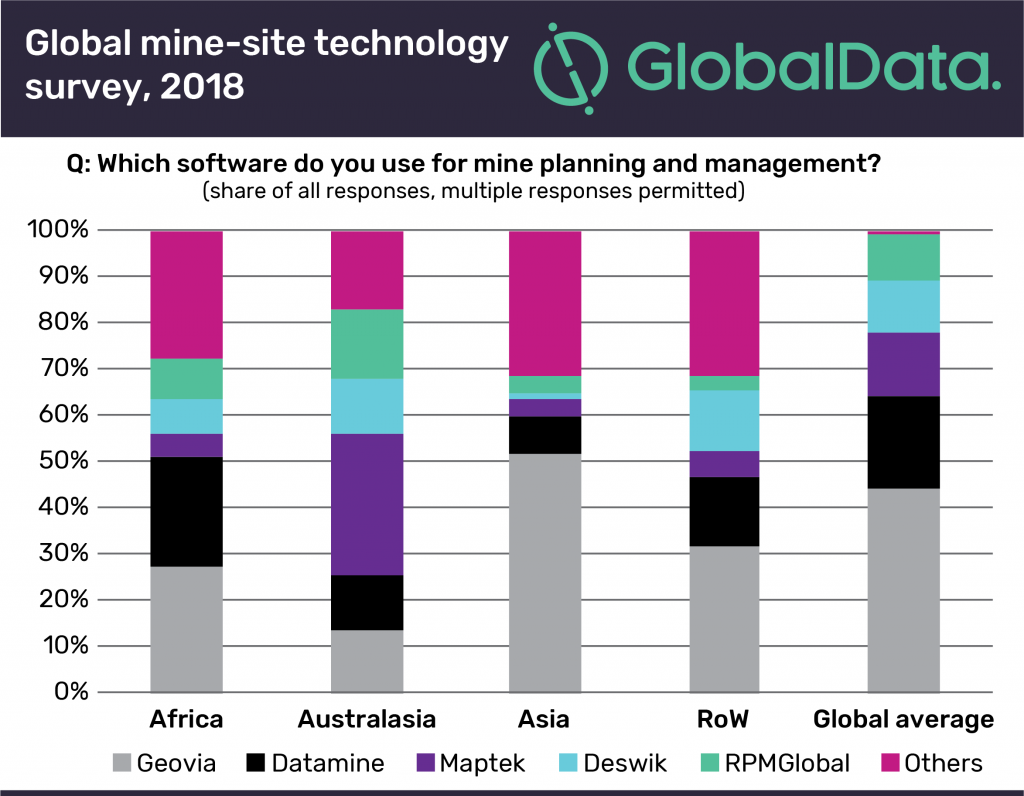 06 January 2019, Sweetcrude, Lagos — Dassault Systèmes mining software brand Geovia is well positioned to take advantage of the expected increased use of mine planning and management software over the next 2 years, says GlobalData, a leading data, and analytics company.

GlobalData’s latest report, ‘Global Mine-Site Technology Adoption Survey, 2018’, reveals that Geovia is currently the most popular mine planning and management software brand, used by a third of the 281 mines surveyed, ahead of Datamine (15.3%) and Maptek (10.3%).

David Kurtz, Director of Analysis, Mining and Construction at GlobalData commented, ‘‘While mine planning and management software is used to some extent by 88% of the mines we surveyed globally, only 24% reported having fully invested in it with 48% indicating plans to invest, either for the first time or on top of previous investments, over the next two years, highlighting the potential for future growth.’’

The opportunity for mining software sales growth looks to be greatest in Asia as mines in Australia and the Americas were most likely to have already invested in mine planning and management software (90% in both), up from 82% and 83% in 2016, and as a result less likely to be planning further investment.

Kurtz continued, ‘‘By contrast, mines in Asia have been slower to adopt these technology’s and have a higher likelihood of ‘planning to invest’ in software. In 2016 only 65% of mines had invested in Asia and, whilst this has risen to 85% in 2018, only 6% consider themselves to have fully invested, with a substantial 70% share of mines in the region intending to invest more in mine planning and management software in the coming two years, far more than in any other global region.’’

Geovia is well positioned in the Asia region where its software was used by 53% of the mines surveyed. Globally it is one of the largest companies, although Australia was dominated by Maptek (31%).

Kurtz added, ‘‘The high share of mines intending to invest in mine planning and management software is very positive news for all software companies globally, with Asia clearly offering some excellent opportunities. Geovia’s success in Asia to date positions Dassault Systèmes well in this high growth market.’’