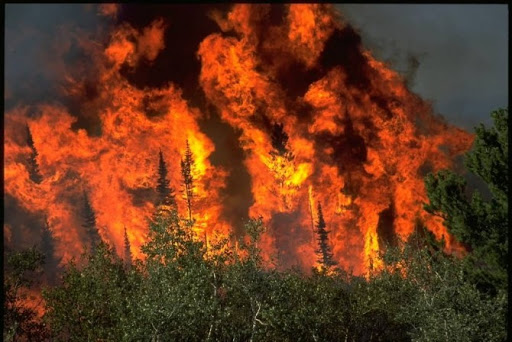 Port Harcourt — Death toll from the fire explosion which rocked an illegal refinning site in Rumuekpe community, Emohua Local Government Area of Rivers State, has risen from five to 20.

Recall that many suspected illegal oil refiners, commonly known as Kpofire, were last Friday burnt to death following a fire explosion at an illegal refinning site in Rumuekpe community.

The incident, according to witnesses occured when one of the pots used in the distillation of petroleum products at the site, with interconnected pipes, exploded and caught fire without any prior sign.

Reacting to the development, the Nigerian Security and Civil Defence Corp, said Rumuekpe forest where the incident took place has always been a flash point for illegal refinning activities.

Public Relations Officer of NSCDC in Rivers State, Akin Oguntuase, expressed hope that the incident which happened at about 3:15am last Friday would serve as a deterence to others.

He called on the media and every other stakeholder to join hands in the continuous sensitization and campaign against oil theft and vandalism.

“When the explosion occur, our men couldn’t get close due to the intensity of the fire. It took the intervention of community locals to put out the fire. More than 20 persons burnt beyond recognition.

“We have intensified patrol at that area to ensure close monitoring, because that place has always been a flash point.

“It is unfortunate, however, we hope it will serve as a deterent to others. I don’t know what people will be doing at a pipeline at that hour of the day.

“We have been carrying out community sensitization that crime is never the best option. The federal and state governments have set up several empowerment schemes for the youth.”

Similarly, the Police Public Relations Officer in Rivers State, SP Nnamdi Omoni, said the area has been condoned, to prevent people from attempting to scoop products from the site.

Omoni disclosed that the Rivers State Commissioner of Police has ordered a full scale investigation into the incident to ensure that perpetrators are brought to book.

“I understand that many persons have been feared death. But as it stands, we cannot immediately ascertain the number of casualties. Our men are currently on ground to enusre the situation doesn’t escalate. We are on top of the matter.”

Lloyd said it was sad that the incident happened even when there is a local committee saddled with the responsibility of checking illegal oil bunkering activities.