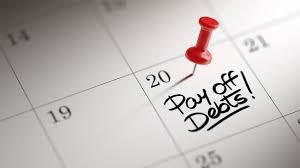 Houston — Natural gas producer Chesapeake Energy Corp, which last month warned it could default on its debt, has slowed talks on a deal to sell $1 billion in assets as it scrambles to restructure debt.

An earlier plan to cut debt through cash flow from expanding oil operations and asset sales ran headlong into a drop in commodity prices and rising investor resistance to new financing for oil and gas companies.

On Friday, however, the shale gas pioneer completed a term-loan refinancing early with support by 99% of holders.

Chesapeake also is refinancing longer-dated notes that will pare $1 billion off its about $9.7 billion in debt by paying the bond holders between 62 cents and 70 cents per dollar on the older notes.

But the refinancings have sidelined an about $1 billion deal to sell gas assets in Louisiana to Dallas Cowboys owner Jerry Jones’ Comstock Resources Inc, according to a person familiar with the discussions. Expectations for an agreement have been pushed into 2020 from this month, the person said.

“They’re pulling the levers at their disposal,” said Jake Leiby, a high-yield energy analyst at researcher CreditSights Inc, referring to the refinancings. “They certainly have wood to chop” to further reduce the debt load.

The shale pioneer borrowed billions of dollars to acquire and drill properties but has struggled to pay off debt with gas prices around $2.30 per million British thermal units (mmBtu), down from more than $13 in 2008.

Last month, Chesapeake pledged to cut spending by 30% and warned of a possible default next year if prices do not improve. It may resort to a reverse stock split to increase the price of its sub-$1 shares up enough to retain a New York Stock Exchange listing.

Energy consultancy IHS Markit projects U.S. gas prices next year will average below $2 per mmBTU, falling to the lowest since 1995.

But that refinancing does not reduce next year’s interest burden, which remains about $750 million. “As gas fundamentals continue to weaken and stay soft, they’re exposed to that,” said Thieroff.