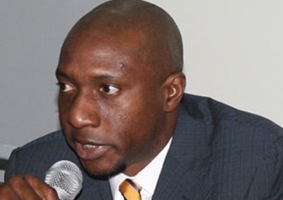 07 April 2014, Lagos – The Chief Executive Officer of the Nigerian Stock Exchange (NSE) Mr. Oscar Onyeama, has said that the long delay in passing the Petroleum Industry Bill (PIB) by the National Assembly is giving serious concern to investors and creating uncertainties in regards to investment in the oil and gas sector.

He said if the bill is passed as promised by the lawmakers, it will take quite some time for companies that will emerge from the passage of the law to be enlisted on the exchange, adding that investors would like to know under what legal and regulatory environment they will be making investment.

Onyeama made the statement to THISDAY this weekend at a one-day Nigerian Capital Markets Forum 2014, Sofitel London Hotel. The event was put together by the Chairman of Business in Africa Event, Mr Christian Udechwukwu.

Onyeama said NSE has been using an arm of its government relations department to lobby both the National Assembly and some government officials to support the passage of the bill. “We have a government relation that is focused and making sure our positions are clearly stated on some of the bills that will help us. We are engaging with the executive arm of government at different levels and hold quarterly dinner with them too.

“We also host dinners and at the ministerial level and bring in CEO’s of prospective companies from different listed sectors and discuss issues the National Assembly can act upon and create conducive environment for the lawmakers to consider. The idea being that if we coalesce around common themes is easier to execute those things because everybody believes in that. Is also easier to make policy makers see reasons to our views,” he said.

Onyeama said that despite delay by the National Assembly to pass the PIB, that there are still some investments that are going on in the oil and gas industry especially for those who wants to take the risk. He remarked that the industry has not recorded the kind of potential investment that will be seen when the bill is passed.

He reiterated that the bill will deregulate the oil and gas sector, unbundle the Nigerian National Petroleum Corporation (NNPC) and create a National Oil Company (NOC). He said it will equally unbundle the relationship between the joint ventures, the NNPC, oil majors and streamline the entire revenue generation within those process for the country in terms of royalties and taxes.

“So is a bill that will work well for Nigerians. But obviously they are so many vested interest and they are many that want the status-quo to remain. So at the end of the day, a version of that bill will be passed and until then, before we start working on that,” he said.

Onyeama vehemently denied having an insight on what he said the National Assembly will pass from the remains of the PIB that must have been balkanised by the lawmakers when he said a version of it might be passed.

So you know the version of the bill that will be passed by the National Assembly, THISDAY asked him. “I don’t have an insight but we have seen four or five versions of the bill. There is concerted effort to make the bill passed,” he responded.
None the less, earlier in his speech at the event, Onyeama noted that the stock exchange occupies a unique position of the country e-economic aspect. He said it drives and acts as a platform for driving growth, including corporate social responsibility (CSR), sustainability and corporate governance.

He said the sector is not just a platform for marching investors’ issuance and to drive growth. He said, “It could also be a platform for driving good appropriate sustainability and good governance practices. So we are trying to leave up to potentials of being a global stock exchange which is what we are doing now,” he said.

But they are some key challenges NSE is faced, which Onyeama said is not different from other challenges other markets in the world are facing. But the only unique thing he said is how to take advantage of the renewed interest that is available to Nigerians by global investors and foreign portfolios.

According to him, to leverage this interest is to build a much bigger pool and capital for companies that want to raise capital in Nigeria. He said the Global Economic Outlook for 2014 indicates that Sub-Saharan Africa will record a growth of 6 per cent based on performance of oil exporters, economic ties with Asia, fiscal discipline and infrastructure spending.

But Chairman of Business in Africa Event, Mr. Udechuhkwu, who is also a nominee to the national delegates’ conference constituted by President Goodluck Jonathan, during his remark, said that NSE is increasing the investors’ confidence and making stock exchange market more transparent.

He said the economic statistics of the NSE is presented to develop a new narrative to inspire investors, especially considering that Nigerians listed public entities are most likely to receive renewed attention from the global radar of investors.

Udechukwu said that policies are consistently made to drive change in African capital markets, especially in Nigeria. He said the financial crisis impelled regulators worldwide to fin-tune ways of improving market transparency, reduce systematic risk and drive down trading cost through the use of centralised clearing and economic trading platforms. According to him, Nigeria capital markets are ahead of some of its global peers.