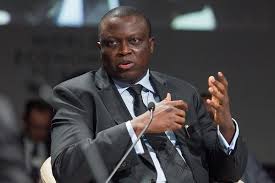 02 May 2016, Lagos – The gradual shift away from long-term contracts in the global Liquefied Natural Gas market has been described as a threat to Nigeria’s LNG projects, which have over the years been stalled by a lack of Final Investment Decisions.

The OK LNG project was stalled because all the international oil companies (BG, Shell and Chevron) withdrew from the project, with only the Nigerian National Petroleum Corporation left.

The Brass LNG project, which was designed to produce 10 million metric tonnes per annum, was to be built by the NNPC, Total, ConocoPhillips and Eni Group. But ConocoPhillips withdrew from the project in 2013. The Minister of State for Petroleum Resources, Dr. Ibe Kachikwu, was recently quoted to have said that Total had informed the government that it was pulling out of the project.

The President, Nigerian Association for Energy Economics, Prof. Wumi Iledare, said in an interview with our correspondent that with the decoupling of natural gas price from oil price, the price that would make the LNG dedicated for export viable had become very high.

He explained, “Also, with competition from other regions for the LNG market, the only alternative is the spot LNG market, which is actually what is going to evolve in the not-too-distant future.

“I think the days of long-term contracts for LNG investment are coming to an end quickly and so, the investors in the LNG must be looking at long-term type of investment profile before the returns will come.”

Iledare noted that the market for LNG internationally had become saturated, saying, “If we don’t want our share of the LNG to decline further, the political climate has become more important than before because we have competing LNG projects.

“Nigeria is farther away from the LNG-consuming markets than Mozambique, Tanzania and other emerging LNG producers in the world. So, we must have some incentives to be able to compete with them, and our politics is not in any way helping matters.”

The Chief Executive Officer, Petrosystem Nigeria Limited, Mr. Adeola Elliott, who believes that the LNG has a great future in the country, said it was unfortunate that the price of crude oil had dropped significantly.

He said the government was working on ensuring that it could provide its share of the funding needed for the LNG projects.

Elliot added, “If we are saying that we are interested in doing the project and we can’t contribute our own funding, we will not be taken seriously. That is why you see Buhari trying to raise funds through different methods.

“I am sure that before January 2017, there will be some statement about the NLNG project. The ones that are almost moribund will be activated. If all of these projects come on stream, they will bring more money into the country, create more jobs and boost power generation in the country, because some of them will be tied to electricity.”

The NLNG, in its 2016 Facts and Figures, reiterated that plans for building the Train 7 that would lift the total production capacity to 30 mmtpa of LNG were currently progressing with some preliminary early site preparation work initiated.

“Further work awaits an FID by the shareholders. Sales and purchase agreements have already been executed with five buyers,” the company said.

A recent report released by LNG Industry said even as non-LNG exporting nations led by Mozambique and Tanzania sought to develop and monetise their recent discoveries, key Nigerian projects had not advanced in the last couple of years due to reservations over the country’s long-awaited Petroleum Industry Bill.

It stated, “Even after placing Train 7 volumes in 2014, Nigeria LNG has not yet finalised the date for the final investment decision.

“Led by the shale gas boom in the US and substantial discoveries in Australia and East Africa, we are now entering a period where the market may see many projects compete among each other to secure buyers and reach FID.”

According to the report, the oil price decline is likely to stall the LNG market, with spot LNG prices reducing in line with crude oil prices, and buyers not wanting to sign contracts quickly.

“The large size of East African discoveries enables them to be profitable at much lower prices than West African projects. However, the distance of proposed African LNG terminals from key markets has eroded their competitiveness, especially for the premium Japan-Korea-Taiwan market,” the report added.