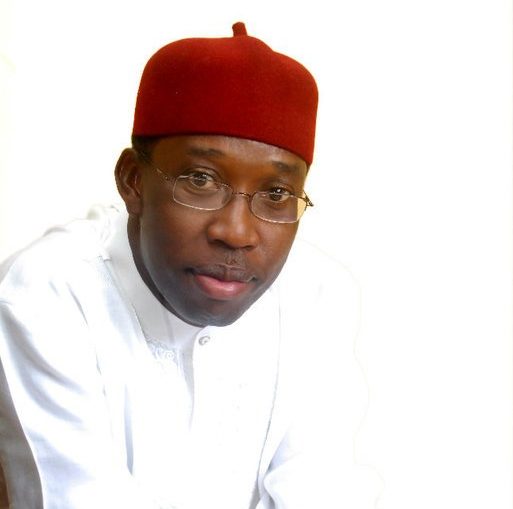 30 November 2018, Sweetcrude, Lagos — FOLLOWING plans by some yet to be identified individuals to disrupt oil surveillance contract, Delta State Governor, Dr. Ifeanyi Okowa has called on those who are plotting to such devilish plans to desist from it in order not to cause crises in the state.

Okowa made the call on Wednesday when he addressed some Delta youths who were protesting the alleged plot to revoke the contract and re-award it.

The Governor who arose from a Security Council Meeting in the state addressed the aggrieved youths from host communities to OML 30 and some ex-agitators from phases one to three of the Federal Government amnesty programme.

“I want to advise that whosoever is plotting against the people, those who are being empowered through the process of surveillance contracts should allow Delta state to remain peaceful.

“In peace, we will be able to produce and export more crude oil and in that export the nation and the state gains.

“It is our hope that nobody especially as the oil price is going down should take any action that will foil the quantity of oil that we are currently producing,” he stated.

The Governor called on the protesters to remain peaceful as his administration would take necessary actions to address their grievances.

He commended the youths for making their protest a peaceful one, assuring that the security agencies will always support the people to keep the Trans Forcados line safe.

He stressed that it had been long agreed that no one knows the terrain of the state more than the locals and as such they (the locals) were in the best position to protect the line.

“We have held a series of meetings with stakeholders and we have long agreed to the fact that it is best to secure our pipelines when we are in charge by ourselves.

“You cannot come and watch over someone else’s backyard; the people who own the place know best how to protect their property.

“Since June 2017 that the Trans Forcados line has been opened, it has been functional and our oil production and export has continued to increase without complaint, I will find it very disturbing if a new contract is being awarded let alone awarding the said contract at a higher cost.

“That will definitely not be responsible and I believe that Mr. President will not accept this. I am very confident that he will not support such a cause.

“I do not believe that the Nigerian nation who realizes that as at today we still heavily depend on the proceeds from oil and if our oil production has improved to the level that we have some level of comfort as a nation and as a state, I do not think that an action that will lead to the disruption of our oil production and export is something that will be welcome.

“Our nation is doing well and anything that is being done that will cause the reversal of the progress that we are making in terms of oil production will be an economic sabotage and I believe that any action being taken now to re-award the surveillance job to a new company that will come to displace the locals will be an economic sabotage and I do not think that is what we will support as a state,” he said.

Okowa asked the youths to be patient stressing that due process will be followed to address their grievances.

Mr. Tennyson Oriunu who spoke earlier on behalf of the aggrieved youths informed the governor that over 1000 youths from 111 communities in Ijaw, Urhobo, Itsekiri, and Isoko ethnic nationalities who are hosts to the OML 30 facilities were aggrieved.

She said that the youths decided to come to Asaba on a peaceful protest to their governor about the (alleged) directives of some companies to start another war in our communities and in Delta State by hijacking the surveillance contract of the Trans-Forcados Pipeline.

The protesters called on Governor Okowa to intervene to avoid a crisis in the state as a result of the re-awarding of the surveillance contracts to people who are not familiar with the terrain.