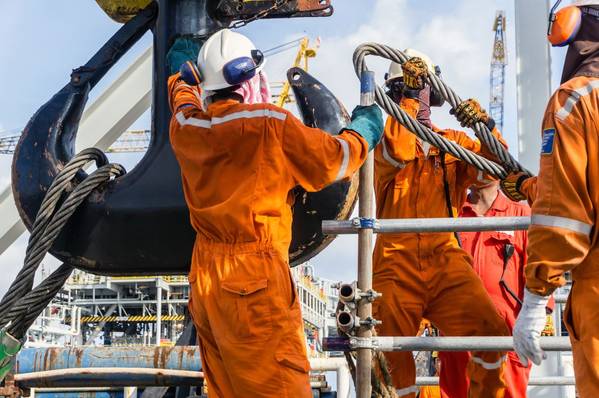 LONDON — The UK’s oil and gas industry could lose as many as 30,000 jobs over the next 12–18 months and see drilling levels plunge by a third amid the coronavirus-led drop-off in investment and slumping energy prices.

“The outlook is bleak compared to the picture of steady growth seen only two months ago, before the grip of the pandemic became clear,” industry trade body Oil & Gas UK said in a report published on Tuesday.

Global oil demand has tumbled amid the coronavirus pandemic as nationwide lockdowns have curbed consumption of transport fuels and economic activity has slumped. Prices for international benchmark Brent crude have tumbled by more than 70% since the start of the year and UK natural gas prices have also fallen to near-record lows. These price collapses have squeezed the profitability of UK oil and gas operators.

Oil & Gas UK estimates that production revenue from the UK Continental Shelf could fall to just 15 billion pounds ($18.7 billion) this year, based on an average Brent price of $40 a barrel. That’s down from 24.5 billion pounds last year and 28 billion pounds in 2018. However, if Brent averaged $35 a barrel this year, then the basin could fall into a negative cash flow position of around 1.2 billion pounds, Oil & Gas UK said. So far this year, Brent has averaged around $46 a barrel.
“It is feasible that this year will see the UKCS experience negative cash flow for only the third time in the 40 years since the basin first saw positive cash generation,” the report said.

Cash-Flow Neutral. If Brent averaged around $40 a barrel in 2020, and UK natural gas prices were about 25 pence per therm, Oil & Gas UK expects that the UK Continental Shelf would effectively be cash-flow neutral, meaning revenue and expenditure are at similar levels.

“The current commodity price environment will pose significant challenges across the UK offshore oil and gas industry,” the trade body said in a separate report on Tuesday. “Lower prices will affect the revenues of all companies, further stretch balance sheets and impact investment rates.”

Oil & Gas UK expects oil and gas drilling to slump by more than a third, back to lows seen in 2016, as a direct result of the drop in prices. Last year, 141 oil and gas wells were drilled. If Brent prices had averaged between $60 and $65 a barrel in 2020, Oil & Gas UK would have expected a similar level.

Capital investment in the sector will also tumble, by between 20% and 30% in 2020, from a year earlier, to between 4 billion pounds and 4.5 billion pounds.

“Coming so soon after the previous downturn and with no certainty as to how long these difficult times will last, governments and regulators should be in no doubt that this challenge has many dimensions,” Oil & Gas UK Chief Executive Deirdre Michie said. “And this industry will need sustained and targeted support if it is to weather the storm.”