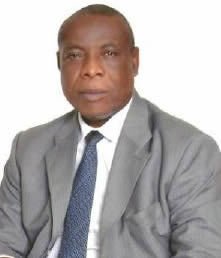 12 December 2017, Sweetcrude, Lagos — Apparently worried about the chaotic state of the port access roads, a group of Nigerian shippers has concluded plans to sue the Federal Government over accumulation of demurrage arising from the inability of trucks to access the ports due to bad roads.

Speaking to newsmen in Lagos, President, Shippers’ Association of Lagos State (SALS), Reverend Jonathan Nicole, who wondered why government policies were inimical to both importers and exporters, stressed the need for government to put in place an enabling environment that would encourage international trade.

He said that government policies are working against shippers’ interests in the country and “we are also worried why shippers have to pay penalties for business hindrances they do not create.”

According to him, as a result of traffic in the ports resulting from bad access roads, vessels are lined up in Togo waters waiting to berth in Nigerian ports but cannot due to the traffic on Nigerian roads leading to the ports thereby causing accumulation of demurrage.

He expressed displeasure at the government for not taking responsibility for its failure but rather makes importers to pay for its shortcoming.

“As we speak now, we have lined up vessels on Togo waters waiting to berth in Nigerian ports. Who pays for the demurrage? Is it the shippers that caused it? Why compel shippers to pay for all these things?

“I made a public statement that sooner or later, we will go to court and let the court tell us who pays for all these demurrages.

Speaking further, the SALS boss maintained that shippers are not opposed to the reintroduction of Cargo Tracking Note (CTN) so long as they will not be made to part with money.

On the importation of arms into the country, he took a swipe at shippers who go against the law of the land, adding that “have you heard of any problem from Cotonou about Nigerian shipper and the government laws? It is only in this country that the shipper breaks all the laws.”