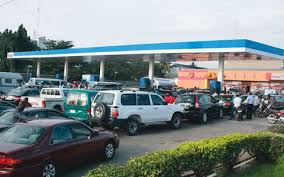 28 February 2018, Sweetcrude, Port Harcourt – Fuel station operators in Port Harcourt, the Rivers State capital, have urged the Federal Government to fully deregulate the price of Premium Motor Spirit or petrol so as to end the incessant scarcity and hike in prices of the product by operators.

Deregulation, according to the station operators, will open up the downstream sector to private investors who hitherto are dragging feet on investing in the sector due to heavy government interference.

The dealers, who spoke separately to our correspondent in Port Harcourt, maintained that deregulation will save the country the unnecessary pressure put on the naira due to the heavy demand for foreign exchange to fund the importation of refined petroleum products.

Emmanuel Fasuyi Enang, a dealer and station manager of Forte Oil fuel station on Azikiwe Road, Port Harcourt Township, said the only solution to the recurrent fuel crises in the country was for the government to hands-off regulating of fuel price just like it had done with diesel and kerosene.

Enang explained that if petrol is deregulated, more investors will be attracted to invest in building of refineries as those who have had refining licenses approved several years ago will now go ahead to build.

He added that by deregulation, employment opportunities will be created as petrochemical industries will spring up alongside local refineries, unlike now where jobs are being exported to European countries where Nigeria refines her crude into petroleum products.

Another fuel station operator, Mr. Olayinka Adesanya, who also called for deregulation, however, explained that other than deregulation, the issue of poor and epileptic power supply in the country must be tackled to reduce the over-dependency of Nigerians on fuel.

Adesanya, the station manager of Eterna fuel station at Leventis bus stop, along Aba Road in Port Harcourt, maintained that Nigerians spend so much on fuel due to the absent of steady power supply in the country.

He said: “The way forward is for the Federal Government to deregulate. But before that, certain things need to be fixed, such as power supply.

“If we have steady power supply in this country, it will minimise the demand for fuel.‎ A lot of people are spending heavily on fuel to power their generators for homes and their businesses.

“If there is steady power supply, Nigerians will not feel the effect, even if the price of fuel is high”.