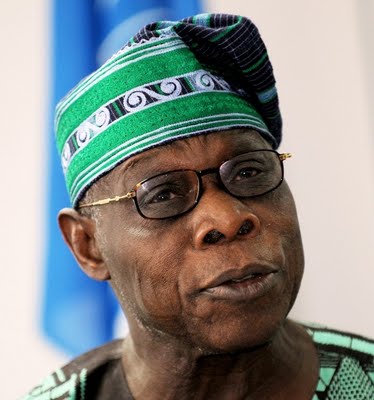 Cape Town, South Africa — Despite the myriad of challenges facing the sustainability of oil and gas as a revenue earner, former President Olusegun Obasanjo of Nigeria envisions a strong future for hydrocarbon resources.

“Over the 26 years that it has been in existence, I think the fortune of the African oil and gas sector has been up and down,” he says. “I will not dwell too much on the past, except to let the past enlighten our present, and our future. Not too long ago somebody looked at me and said to me, you will drink your oil. I thought he was angry because the price of oil was high, and I said to him, we will use our oil, will you join with me in using our oil? I was of course coming from an oil producing and exporting country.”

Facing up to challenging times
Despite his optimism, H.E. Obasanjo admits that the sector faces some challenges on the continent over the coming decades.

The rise of renewables
When it comes to the sustainability of the sector and the rising tide of renewable energy, he believes that despite the need to reduce carbon emissions the oil and gas sector still has an important role to play and a bright future in Africa. “The present challenges particularly include renewable resources growing into the areas where oil and gas has been predominant,” he says. “I believe this should not really worry us too much.

A future driven by technology
“I believe that this is the area where the oil countries should really work together and take advantage of new technology that is part of the digitalisation transformation such as artificial Intelligence. All the technology that are here now that were not available to us 15 years ago. They are there for use everywhere but are very important in the oil and gas industry. Of we bring this into the industry I believe that the industry and the fear that we have now will all be a thing of the past. The next 10 to 15 years may not be the way some people think.

As for the foreseeable future, H.E. Obasanjo points to collaboration as the key to sustainability for the sector. “I see collaborations at the national level, at the regional level, and at the industrial level, and of course, collaborating, at the global level,” he says. “Collaboration and taking advantage of technology. That would make the life of the oil industry much longer than reduce the fear that some people have that renewable energy resources will make oil and gas a thing of the past. If we can surmount this challenge, then the future of oil and gas cannot be dictated by anybody except by us; the producers and the investors. This will maintain oil and gas as an active resource for humanity.”

Chief Olusegun Obasanjo was pivotal to Nigeria’s oil activities as well as setting the nation on the path to democracy.

He was president of Nigeria, Africa’s most populous nation, from 1999 to 2007 overseeing his country’s first democratic handover of power and administrative reforms that accelerated economic growth.

He is credited for his pivotal role in the regeneration and repositioning of the African Union, including helping to establish the New Partnership for Africa’s Development (NEPAD) and the African Peer Review Mechanism (APRM), designed to promote democracy and good governance.

Despite being out of office for 12 years Chief Obasanjo is still a very influential and popular figure in the continent and at this year’s Africa Oil Week he was on hand to give his view on a sector that he helped to shape.