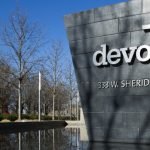 While U.S. oil companies have been investing in onshore shale production at home amid a surge in output, international companies like Royal Dutch Shell and ConocoPhillips have shed assets in Canada for several years as limited pipeline space has curtailed prices and growth prospects.

Devon’s investments have been in the so-called SCOOP and STACK regions, fast-growing shale oil basins in Oklahoma that have attracted investment from crude producers expanding beyond the Permian.

“The sale of Canada (assets) is an important step in executing Devon’s transformation to a U.S. oil growth business,” Chief Executive Dave Hager said in a statement.

Devon’s Canadian portfolio consists of heavy oil assets, mainly in the province of Alberta. Its daily net average production was 113,000 oil-equivalent barrels in the first quarter.

Canadian Natural Resources, the biggest Canadian oil and gas producer by volume, said its acquisition of the assets, which are adjacent to its operations and include 1.5 million acres of land, would save C$135 million in costs over the next year.

“It is the textbook definition of an excellent fit,” Canadian Natural Executive Vice Chairman Steve Laut said on a conference call.

Shares of Devon Energy were down 1.7% in U.S. morning trading. Canadian Natural stock was little changed.

The assets will provide economies of scale and allow Canadian Natural to boost production even as Alberta has imposed mandatory oil curtailments this year due to pipeline constraints, Laut said.

Still, some investors may question how Canadian Natural will transport the additional oil production it purchases, Tudor Pickering Holt & Co said in a note.

Canadian Natural President Tim McKay said on the conference call the company was trying to increase its crude volumes by rail.

It is expected to close by June 27 and will be fully financed by a new C$3.25 billion committed loan, Canadian Natural said.

Separately, Oklahoma-based Devon has also been looking to sell its gas-rich Barnett shale patch in north Texas as natural gas prices hover at historical lows. It expects to sell the asset by the end of 2019.

Devon in April raised its U.S. oil output forecast for this year after production from its Delaware basin surged 76% in the first quarter.