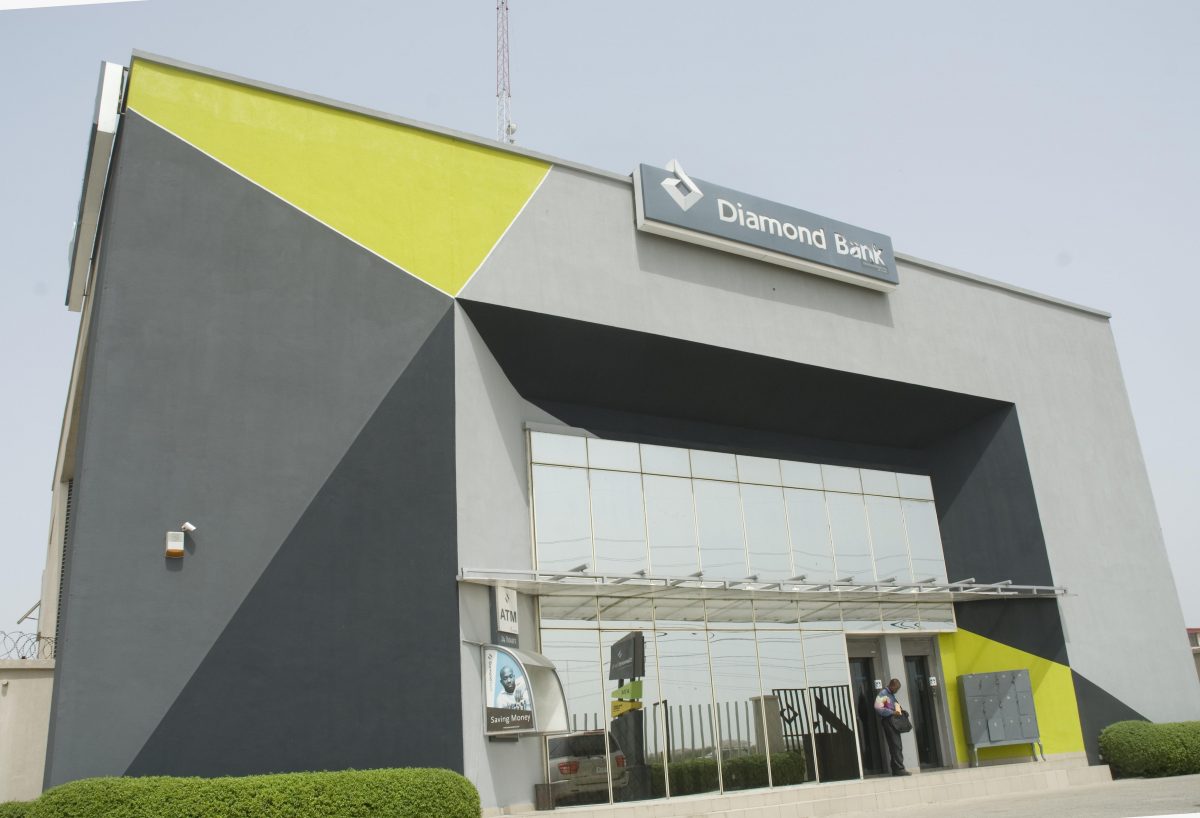 The bank disclosed this as it announced plans to quit West African countries where it currently maintains operations.

The move is aimed at focusing efforts at home and to deploy its resources on personal banking business in Nigeria, its Chief Executive Officer, Mr. Uzoma Dozie, said in a statement‎.

As part of the move to exit the other African markets in favour of Nigeria, the company has agreed to sell its operations in Benin, Togo, Cote D‘Ivoire and Senegal to a Cote D‘Ivoire-based financial services company Manzi Finances S.A. for 61 million euros. It expects the deal to close this year.

Dozie said Nigeria’s unbanked population and the rise of cost-effective digital banking platforms provided it with the opportunity to reach millions of customers in a market where it already had over 15 million clients.

Diamond shares, which have risen 15 percent so far this year, climbed 5 percent on Friday to N1.06, according to a Reuters report.

They had fallen 62 percent last year.

Last year, the bank said it was conducting a capital management plan and would ensure it met regulatory requirements, adding that it was considering raising fresh capital and selling some assets to strengthen its capital base.