London — European coal contracts are advancing after rival fuel natural gas rebounded from its lowest level in almost a decade.

Should gas continue its sharp recovery, coal suppliers will anticipate extra demand for their cheaper, dirtier fuel, according to analysts. A major hurdle to that increased consumption will be the continued advance of European Union carbon permits, contracts that finished last week at their highest level in 11 years.

“European gas prices are recovering strongly, thus lifting the chance of higher coal burn down the road,” said Hans Gunnar Navik, a senior analyst at StormGeo AS, a weather service provider for the energy industry. Buttressing coal’s gain are continued problems in the industry’s supply chain, which have hampered deliveries, as well as strong demand in Asia, he said. 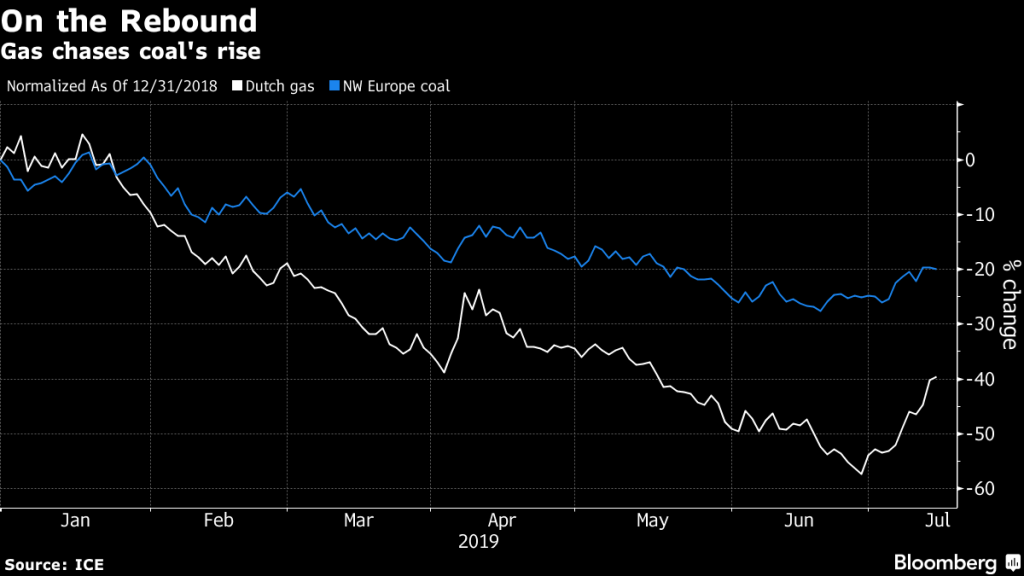 The use of coal in Europe for power generation has dropped this year as gas’s plunge and the surging carbon permits hurt its competitive position. Governments are considering deeper cuts in the region’s emissions target for 2030.

In Europe’s biggest market in Germany, coal power output has dropped an average 29% so far this year, to the lowest level for the season for at least three years, according to data from the European Energy Exchange AG. Generation at stations powered by dirtier lignite coal is down 22%, while output at cleaner gas plants has almost doubled. 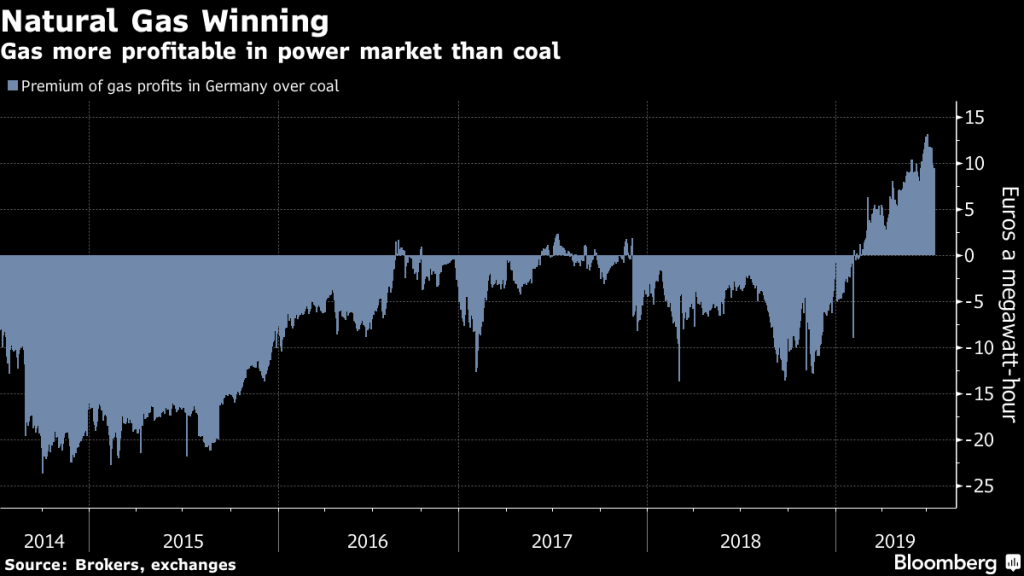 Northwest-Europe coal for next year has now risen in four of the past six weeks, with Friday’s weekly close the highest since May 17, according to data from ICE Futures Europe in London.

Continued recovery is no sure thing. The front-year contract was up as much as 3% last week, before succumbing to carbon allowances.

Earlier in the year, the contract had been driven lower by a combination of factors including high stockpiles in Europe after a mild winter, and China easing up on imports. The recovery has been helped by freight rates, which have more than tripled since February to their most expensive level since 2014. 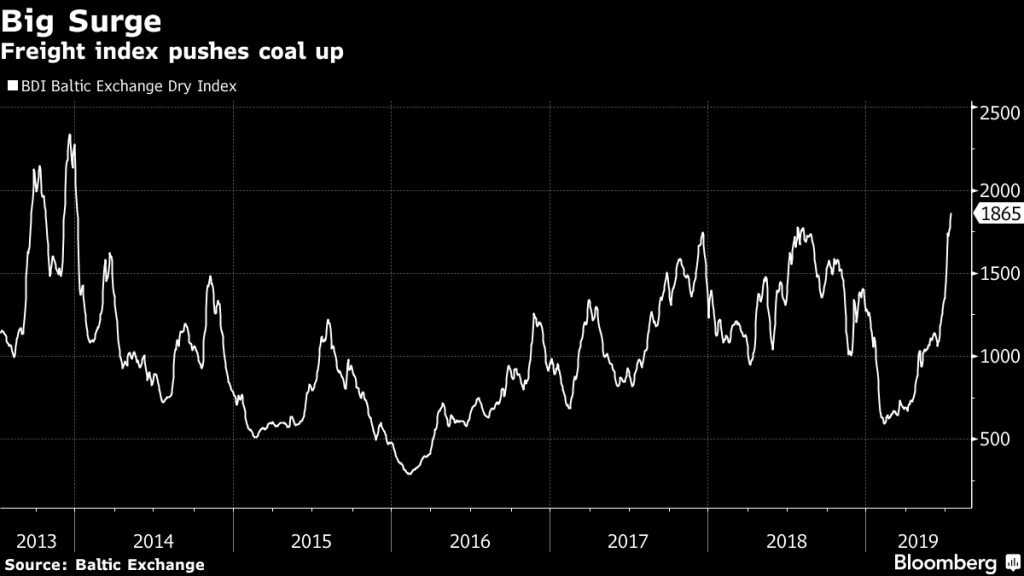 Globally, the coal industry’s inventory levels are continuing to fall, which will probably “continue to support the ongoing recovery in prices,” said Hui Heng Tan, an analyst at broker Marex Spectron Group Ltd. Recent coal-supply increases seem to be abating, which could provide “a floor” for prices.