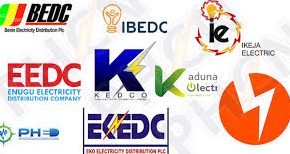 Lagos — Out of every ₦10 worth of energy sold during the fourth quarter of 2020, as much as ₦3.47 remained uncollected from customers as and when due.

This was contained in the newly released 2021 fourth quarter report of the Nigerian Electricity Regulatory Commission, NERC.

According to the electricity market regulator, during the quarter under review, the total billing to the registered electricity consumers by all the eleven DisCos stood at ₦259.90billion of which only ₦169.81billion was settled leaving a total outstanding balance of ₦90.09bn.

“The financial viability and commercial performance of the industry continued to be a major challenge with a decline in Collection efficiency in 2020/Q4,” NERC said in a note to SweetcrudeReports.

During the fourth quarter of 2020, a total invoice of ₦245.91billion was issued to the eleven DisCos for energy received from the Nigerian Bulk Electricity Trading Plc, NBET and for service charge by the Market Operator, out of which a sum of ₦146.66billion was settled indicating remittance performance of 59.64%.

This represents 30.24 percentage points increase from the final settlement rate recorded in the third quarter of 2020.

The individual performance indicates that Abuja and Yola DisCos did not meet their expected minimum remittance thresholds to MO and NBET.

The recent improvement in DisCos remittances is partly linked to the OPEX loan facility offered by NESI Stabilization Strategy Limited, NESI-SSL to DisCos to part-finance solely the DisCos payment obligations to NBET and MO, and DisCos operations arising from low collection under the Service- Based Tariff, SBT regime.

“It is expected that DisCos will ramp up their collections to meet up subsequent required remittance obligations to NBET and MO, and their OPEX requirement within the tenor of the facility”, NERC said.
Similar to the observed improvement in DisCos remittances, there was a noticeable improvement in the settlement rate of service charges issued by MO for the services it rendered to the international customers.

During the quarter under review, the international customers (i.e., Societe Nigerienne
d’electricite –NIGELEC, Societe Beninoise d’Energie Electrique – SBEE and Compagnie Energie Electrique du Togo–CEET) received a total invoice of ₦4.12billion (US$13.73million) from MO and paid the sum of ₦7.39billion (USD24.12million) for the current and outstanding invoices for the services received from MO.

In contrast, the special customers (Ajaokuta Steel Co. Ltd and the host community) did not make any payment in respect of the ₦0.18billion and ₦0.02billion energy invoices and service charges issued by NBET and MO respectively.

Tariff shortfall (represented by the difference between the cost-reflective rates approved by NERC and actual end-user tariffs payable by consumers) has partly contributed to liquidity challenges being experienced in the industry.

DisCos actual remittance of 59.64% was just 1.83% points lesser than their expected market remittance of 61.47%.
“Notwithstanding the recent progress, the financial viability of NESI has remained a major challenge threatening its sustainability. The liquidity challenge is partly due to the non-implementation of cost-reflective tariffs, high technical and commercial losses exacerbated by energy theft and consumers’ apathy to payments under the widely prevailing practice of
estimated billing. DisCos must continue to improve on effort towards reducing ATC&C losses to levels commensurate with their contractual obligations in the performance agreement to improve sector liquidity and ensure business continuity.

“Further to this, the non-settlement of energy bills by MDAs across the three tiers of government (i.e., Federal, State and Local Government), which is one of the major contributory factors to high ATC&C losses, and hence poor liquidity, must be urgently addressed as part of the ongoing Federal Government’s efforts towards ensuring financial sustainability of NESI”, NERC said.