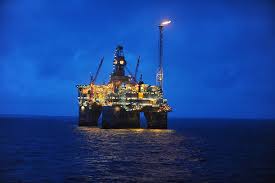 News wire — Oil firm DNO has made a small oil and gas discovery in the northern part of the Norwegian Sea, the Norwegian Petroleum Directorate (NPD) said on Friday.

Preliminary estimates show the discovery west of Heidrun field to hold between 6.3 million and 12.6 million barrels of recoverable oil equivalents, it added.

DNO holds 40%, while ConocoPhillips and Wellesley Petroleum have 30% each in the production license 888 where the discovery was made.