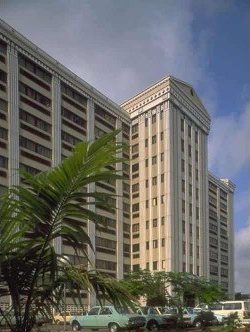 According to a document obtained from the Department at the ongoing 3-day workshop for media practitioners in Lagos, approval of the new fields will increase the nation’s oil and gas production by 560, 463 barrels per day when fully commissioned.

The DPR is the regulator responsible for ensuring the sustainable development of Nigeria’s oil and gas resources across the value chain for sakes of stakeholders through effective regulation while entrenching world class professionalism, accountability, and transparency.

In May, the Ministry of Petroleum Resources said it had approved the recommendation by DPR, to revoke three Oil Mining Leases, OMLs operated by Shell Petroleum Development Company, a local arm of Shell, the Anglo-Dutch major, Africa Oil and Gas report has said.

Licenses for 13 of the remaining 14 leases were renewed but the DPR proposed that OML 11 be split into three because it is too large (2,800sq km). Those renewed have a new lease of life for another 20 years.

Shell will have a new OML 11, which is one of the three tracts carved out from the old OML 11, but it can apply for only one of the remaining two, according to ranking sources at the Ministry of Petroleum Resources in Abuja.

In other words, the DPR expects Shell to re-apply for the “new” acreages carved out of OML 11, either in sum or in parts, but ministry sources say that the company is unlikely to be re-awarded all the three. Shell had not re-applied as of April 17, 2018.

To enhance upstream investment influx and accelerate oil and gas reserves and production growth in the country, the document said the Department has also said it renewed 19 expired leases in 2017.

This month, the Department had joined issues with the Senate when the latter accused it of not following due processes in the renewal of oil and gas prospecting licenses in the country.

However, the document sighted by SweetcrudeReports explained that DPR initiated early lease renewal programme to accelerate revenue generation for the government to fund national budget and incentivize upstream investments by ensuring the security of tenure given to long gestation and payback period of oil and gas investments.

The document explained that the process is part of the Accelerated Revenue Generation Initiative of the HMSPR (Honourable Minister of State for Petroleum Resources) and the DPR.

Another 85 OPL and OML will expire between April 2017 and 2029, according to the document.

“We have so far processed the renewal of about 25 blocks which have combined revenue stream of about $1 billion”, the document added.

However, an independent investigation by SweetcrudeReports in September last year had found that forty-seven oil block licenses in the country will expire by 2019 alone.

The other license, Oil Mining Lease, OML, is granted to the holder of OPL to commence production after the discovery of crude oil in commercial quantity of at least 10,000 barrels per day. The duration of the license is for 10 years with the option of renewal for another 10 years.

As at July last year, the DPR in its 2017 Service Requirements release, said oil companies seeking to renew their oil licenses or leases would be expected to pay a statutory application fee of $2 million.

It also pegged the amount for the conversion from an oil mining license to lease at $1 million, while putting the statutory application fees for marginal oil field at $2,500; Oil Prospecting License, OPL, at $5,000; and Oil Mining Lease, OML, at $10,000.

On improving consumption of Liquefied Petroleum Gas known as cooking gas across the country, the Department said it has increased penetration from 390, 000 metric tonnes to 470, 000MT.

Although Nigeria has been described as an oil-based economy, however, the country ranks 9th on the list of countries with the highest gas reserves of 5,111,000 million meter square, according to Wikipedia.

On gas development in the country, the Department said it had issued 10 licenses/ approval for development of gas production and processing facilities that culminated in the commencement of operation (license to operate) of 2.5 metric tonnes per annum fertilizer plant.