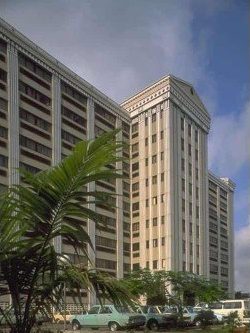 According to statistics sourced from the Nigerian Bureau of Statistics, NBS on how the total sum N532.76bn was disbursed across the three tiers of government, FAAC disclosed that the DPR’s share, N3.08bn was the cost of revenue collection.

The sum of N40.85bn was also shared among oil-producing states as 13% derivation fund.

The N532.76bn total sum disbursed was from revenue generated in October 2017.
Other amounts shared comprised of N412.10bn from the Statutory Account and N89.71bn from Valued Added Tax, VAT.

Distribution of an additional N30bn from the Nigerian National Petroleum Corporation, NNPC, and the distribution of N944bn being excess bank charges on the federation account.

Other revenue generating agencies aside DPR such as Nigeria Customs Service, NCS, and Federal Inland Revenue Service, FIRS, also received N4.56bn and N5.68bn respectively as the cost of revenue collections.

A further breakdown of revenue allocation distribution to the Federal Government of Nigeria, FGN, revealed that the sum of N185.65bn was disbursed to the consolidated revenue account, N3.90bn shared as the share of derivation and ecology N1.95bn as stabilisation fund N6.56bn for the development of natural resources and N4.73bn to the Federal Capital Territory, FCT Abuja.