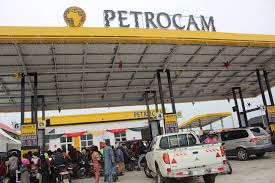 Lagos — The Department of Petroleum Resources, DPR on Monday lifted the sanctions melted on a downstream marketing company, Petrocam Trading Nig. Ltd., for violating the agency’s rules and regulations.

Mr. Ahmed Shakur, the acting Director of DPR told newsmen in Lagos that the company committed an infraction against the agency in one of its gas plants in Ayobo, a suburb in Lagos State.

Shakur said there was a need to educate members of the public on the agency’s surveillance and industry regulatory requirements, particularly as it affects the oil and gas industry.

According to him, Petrocam Trading Nig. Ltd., with over 89 filling stations nationwide, was found by the agency’s team on surveillance to be operating a big gas plant, a facility that was sealed for committing an infraction.

He added,” unfortunately, the company went against the rules of the agency and unsealed the facility.

Shukur said, “The team also went back to seal the facility for the second time. However, the company had the audacity to remove our seal. So, on that basis, the agency had no option than to impose some sanctions and these affected all its retail outlets nationwide.

“We stopped the supply of petroleum products to the company. As at today, the company has complied with the rule of the department and they have shown remorse for their actions.

“Also, we have reviewed their positions and decided to lift the suspension against the company,’’ he said.

The DPR boss, however, informed members of the public that the department had zero tolerance for any act of infractions by licensed operators in the oil and gas industry.

He said that the agency was committed to creating an enabling environment for business to strive.

“We are aware of the trial moment in our economy, and we know a few of those companies that are operating in downstream that are adding value.

“We will also collaborate to ensure a conducive environment to operate in.

“The department will not tolerate any act of infractions from any marketers. This should serve as a warning to all marketers that henceforth, the department would not hesitate to impose any sanction on any defaulting marketers.

“We are willing to guide and collaborate to make sure we deliver the product in a safe manner to members of the public,’’ he said.