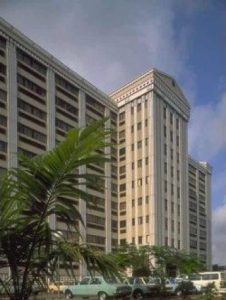 According to newly-released data, DPR got the lowest allocation among the Federal government’s three revenue collection agencies, the others being the Nigeria Customs Service, NCS, and Federal Inland Revenue Service, FIRS.

The Nigerian Customs Service and the Federal Inland Revenue Service received N5.12 billion and N6.15 billion respectively in the month under review.

The FAAC disbursed the sum of N617.57 billion to the three tiers of government in April 2019 from the revenue generated in March.

The sum of N49.82 billion was shared among the oil producing states as 13% derivation fund.

A further breakdown of revenue allocation distribution to the federal government revealed that N203.11 billion was disbursed to the FGN consolidated revenue account; N4.64 billion shared as share of derivation and ecology; N2.32 billion as stabilisation fund; N7.80 billion for the development of natural resources; and N5.49 billion to the Federal Capital Territory, Abuja.