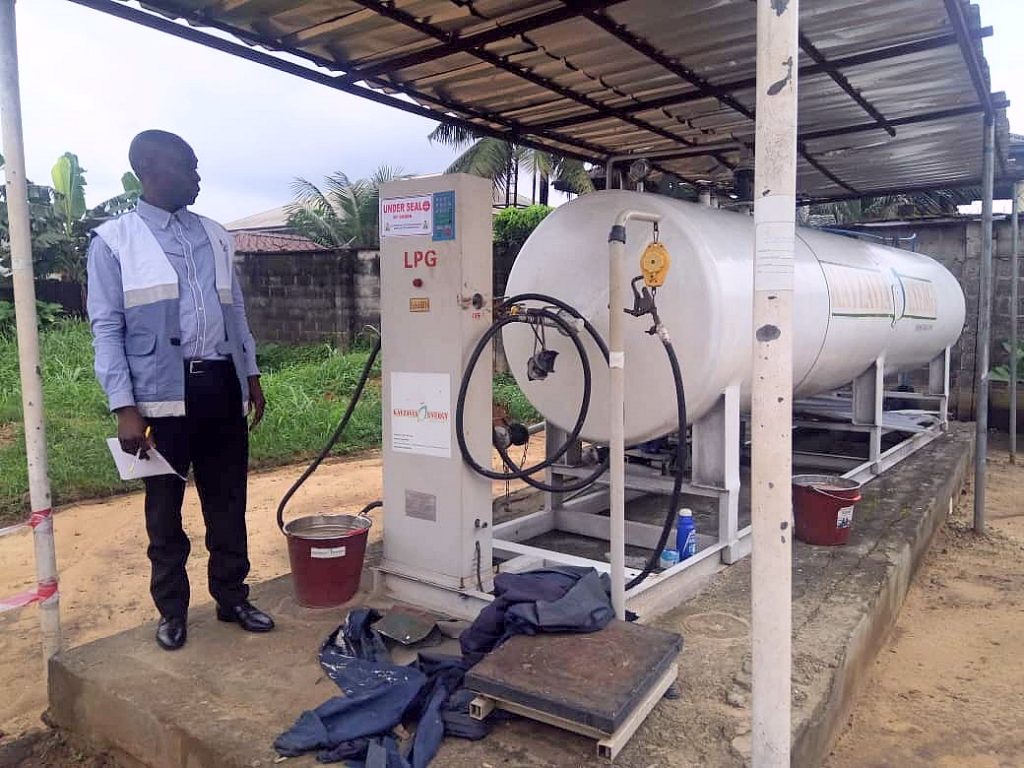 Port Harcourt — In a bid to rid Rivers State of illegal Liquefied Petroleum Gas plants, the Department of Petroleum Resources, DPR, has sealed a total of four LPG plants in the state for operating without valid licence.

The LPG plants sealed by DPR during its surveillance operations in Port Harcourt metropolis, include Forte Oil LPG plant at Reclamation Road, Sun Gas Company Ltd. at Reclamation Road, Timi Gas Ltd. at Amadi, while Kayzavia Energy in Woji was not only sealed but locked up by DPR operatives.

Speaking to newsmen after the surveillance exercise, DPR Zonal Operations Controller, Port Harcourt Zone, Mr Bassey Nkanga, assured that the agency would begun a regular audit on LPG plants in the state.

Nkanga also disclosed that the agency has sent names of LPG plants operating illegally in the state to all relevant security agencies, NSCDC, to clamp down on them.

He said DPR has on two occasions engaged plant owners, LPG retailers, as well as other LPG stakeholders informing them to renew their licences, as the Department would begun clamping down on illegal operators.

“Sun Gas Ltd is the one of the oldest and pioneer gas facility in Rivers State. From our records, the licence for Sun Gas Company Ltd. was last renewed in 2016.

“We sealed Timi Gas for operating without licence, pending proper audit and removal of equipment that could cause ignitions. They don’t have a valid licence and the premises is also used as scrap yard, which can cause ignition.

“In the case of Kayzavia, the operator has never had licence. It is not even the case of expired licence, the man has been operating illegally. Efforts have been made before now for the operator to obey DPR guideline and procedure, but he has refused.

“We recommended that the LPG vessel in Kayzavia should be relocated to another site, since the plant has a restaurant within the premises where food is cooked with open flames, which is inimical to LPG operations.”

Nkanga also advised LPG operators to ensure their licences are up to date, and to maintain safety standards at all times since the gas

“Basically, DPR guidelines are that an LPG plant can only be approved to be sited on a minimum of 900 square metres of land. That is the requirements before a site can be approved.

“It behoves the State Governments and the Urban Planning Authorities not to approve building plans for people close to LPG plants and to ensure people don’t built residential houses close to a plant.”

He also disclosed that there was not plans to eliminate gas retailers, which he described as Category D, explaining that retailers would be used in achieving the Federal Government’s aspirations to penetrate LPG into rural communities.