Kunle Kalejaye 23 December 2014, Sweetcrude, Lagos – The Department of Petroleum Resources, DPR, says it would be recovering all non-performing marginal fields from the 2003 bid round from their operators by March next year, as it maintained that 10 years after the fields were awarded to the operators, they ought to have developed the assets. 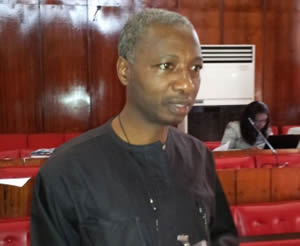 With the development, according to the DPR, the licences covering the awards would be revoked and the operators would lack all claims to the fields.
‎Director of DPR, Mr. George Osahon, who revealed this in Lagos, stated that there are approximately 28 marginal fields, two of which were given out before the 2003 bid round while 24 fields were then given out to 31 companies.
Maintaining that it was not the intention of the regulator or the Ministry of Petroleum Resources for any operator to lose its assets, Osahon disclosed that when the bid round was done in 2003, operators were given five years to develop their fields but that close to the expiration of the period, government gave additional fiver years.
He said it was the interest of government to diversify exploration and production activities in Nigeria, stressing that this interest was what led to the emergence of indigenous operators in the country.
“Marginal fields is the total local content initiatives for the exploration and production space in the country. It is not an end in itself, it is a means to an end.
“We know that people who have assets have challenges but two things affects them most and one of them is funding, the other one is the technical competence and capability for people to operate their asset.
“What will happen when you keep them with Nigerian companies for another 10 years? There is no just need, something has to happened, we need to move on,” the DPR boss said.