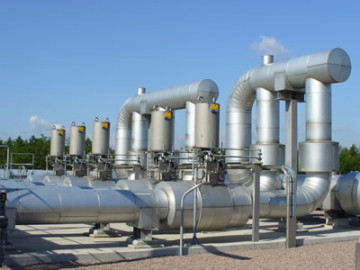 26 February 2019, News Wires — Dutch gas company NAM intends to close its Grijpskerk gas storage facility in the fourth quarter of 2021, which is one of the last remaining large seasonal storage sites in Europe.

Grijpskerk, operated by NAM, is an underground seasonal gas storage site in the Netherlands. With a capacity of around 2.8 billion cubic metres (bcm), it is one of the largest remaining seasonal storage sites in Europe.

It is also one of two main sites used to provide supply flexibility and balance production from the Groningen gas field in the Netherlands.

Gas production from the Groningen field is due to end by 2030 as decades of extraction have led to a series of damaging earthquakes in the region. Production there is already falling faster than planned, the Dutch government said this month.

NAM intends to terminate a service agreement with Dutch gas trading company GasTerra around the fourth quarter of 2021 for the site and thereby terminate the “storage functionality” of Grijpskerk, it said in a market message.

The exact timing was not disclosed. The company was not immediately available for comment.

Gas storage is used as a buffer at times of high demand and disrupted supply, which can result from infrastructure outages.

Seasonal gas storage is important because at times of low demand and therefore low gas prices in the summer, gas is usually injected into storage to be kept for when demand rises in the winter.

In 2017, Centrica decided to close Britain’s largest gas storage facility, Rough, as it had become too costly to maintain the ageing site, leaving the country with storage capacity equivalent to four to five days of winter demand.

Across Europe, weak gas price spreads have not allowed operators to cover their fixed costs, resulting in mothballing and closures.