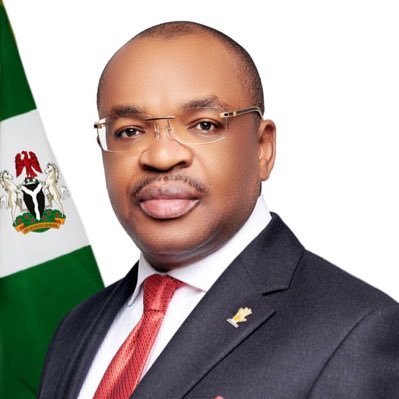 Port Harcourt — Akwa Ibom State Government has said that the prevailing economic realities of dwindling revenues, caused by the crash in the global price of crude oil, necessitated the slashing of salaries of all political office holders by 20percent.

Ekuwem said the governor had two painful options to either continue to pay the current salaries for a while, which would not be sustainable, or spread the discomfort (20 percent cut) over a period of time pending the return of crude oil prices to normalcy.

He assured that the measures were temporary measures to keep the state alive, as full salary payment would resume once oil prices rebound.

“In response to the prevailing economic realities of dwindling revenues, caused by the crash in the price of crude oil in the global market, His Excellency, Governor Udom Emmanuel, has painfully directed, the slashing of salaries of all political office holders by 20percent.

“His Excellency the Governor was confronted with an urgent need to take decision on either of two painful options: continue to pay the current salaries for a while and end up being totally unable to pay same subsequently or spread the discomfort (20% cut) sustainably over a period of time pending the return of crude oil price to normalcy in the global market.

“We must not forget that it was by the same ancient principle of necessity is the mother of invention, that led to the establishment of the Akwa Ibom State Post-COVID19 Economic Reconstruction Committee by the Governor, to recommend navigable routes out of this global economic morass for our State.

“Let us all know and appreciate the fact that these measures are temporary. Akwa Ibom State Government will transparently resume full payment of salaries when this dark cloud passes.”