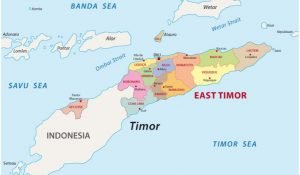 The promising gas project is seen as crucial to the impoverished nation’s economy, but had been long held up by a maritime border dispute between East Timor and Australia, which was resolved last year.

East Timor had also disagreed with the project’s owners, led by Australia’s Woodside Petroleum, over whether to pipe gas from the field to a liquefied natural gas plant in Australia or to East Timor.

It is now working on lining up a new partner to back plans to build an LNG plant in East Timor, aiming to start shipping LNG by 2025 or 2026, state-owned TimorGap Chief Executive Francisco Monteiro said at the Credit Suisse Australia Energy Conference.

“As it stands now, we think progress towards an FID (final investment decision) in two, three years is reasonable,” he said.

A potential obstacle to that timing is Woodside, which remains operator of Greater Sunrise but has said it is only interested in running the offshore gas production, not an LNG plant in East Timor, and envisions the project coming on line only after 2027.

Woodside has three projects in Australia and Senegal that are ahead of Greater Sunrise in its medium- to long-term plans.

The Sunrise and Troubadour gas fields, together known as Greater Sunrise, were discovered in 1974 and hold around 5.1 trillion cubic feet of gas, according to Woodside.

The fields also hold about 226 million barrels of condensate, an ultra-light form of crude oil that would help make the development more profitable.

“It’s an incredible resource. It’s a beautiful resource. And we do hope there’s an opportunity to bring that to market,” Shell Australia Chair Zoe Yujnovich said at the conference. Shell had agreed to sell its stake because it didn’t agree with the plan to ship the gas to East Timor.

TimorGap will be competing against a range of projects around the world, including in Papua New Guinea, Mozambique, Qatar, Russia and the United States, marketing LNG at a time when buyers are reluctant to commit to long-term contracts.

“The challenge is to work on the cost,” Monteiro said.