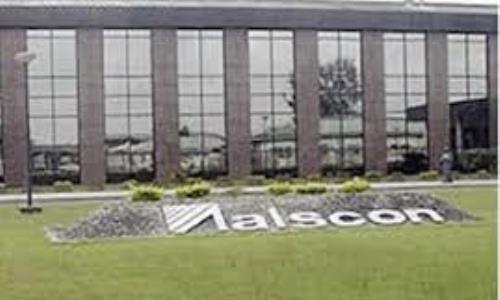 Port Harcourt — The commercialization of ALSCON power plant has worsened prospects for the activation and recovery of Nigeria’s N54.2trillion capped metal processing capacity, a Chartered Economist has said.

This is as the Nigerian Electricity Regulatory Commission, NERC has issued an on-grid electricity generation license on ALSCON’s power plant, permitting 180MW captive power generated to be sent to the national grid for sale, despite legal issues surrounding the firm.

Speaking, the Institute of Chartered Economists of Nigeria, said the commercialization of ALSCON’s 180MW from its total capacity of 540MW, amidst increased liabilities and vandalism of the aluminum smelting plant, could mark an end to the $3.2billion Investment.

Coordinator of ICEN, Mr Friday Udoh, indicated that ALSCON power plant alone has the capacity of employing 37 Nigerians, and 1,200 by the smelting plant, in addition to 60,000 indirect employment across the product’s value chain, if the company is made to operate optimally.

Udoh said ceding off parts of the power that should be available to the plant, when it comes on stream spells doom, as aluminium smelting process was energy intensive, which influenced the setting of 540MW power plant for ALSCON, as an integrated aluminium smelting plant.

He argued that even if ALSCON comes on stream today, the plant will quickly shut down again, as he identified the system as highly complex, saying that a lot of gears have to work flawlessly 24 hours a day, 7 days a week and 365 days a year, otherwise the system will be broke again soon.

“Our attention has been drawn to the deal brokered by the Federal Government, through the Bureau of Public Enterprise on the Aluminum Smelter Company of Nigeria, ALSCON’s 540 MW Power Plant deal with details still blurred.

“At the shadow of the power plant deal is Mojec International, a prepaid metering company earlier engaged as a sub-contractor to the 330KV, Ikot Abasi Independent Power Project – IPP power station near ALSCON plant, perceived either a third party or beneficiary if not both on the deal.

“Aluminium smelting process is not only complex and delicate, but it’s energy intensive that requires a high energy contents within the compositions of other raw materials at 14,500 kWh/t-Al, as power assumed 80 percent energy contents in aluminium production and reliable plays a critical role in new smelting investment and competitiveness of the industry in the global market.”

The ICEN Coordinator explained that an American firm, BFIG Group, has witnessed a protracted legal battle on ALSCON, which the company won at the Supreme Court.

He added that the 1999 Constitution, as amended, accords foreign interests, fair and equitable treatment and the right to acquire and own moveable and immovable property in the country, but the Federal Government’s disposition on ALSCON, translates, to assault on American business interest in the country.

“The extraction of aluminium from the alumina is a continuous process, the potline is usually kept in production at 24 hours round the year.

“A smelter is supposed not to be unnecessarily stopped and restarted and when the production is interrupted at an hour of 4-5 hours of power supply disruption, the metal in the pots will be solidified and the pot becomes freeze.

“The pot repairs and restarting estimated to worth not less than $80,000 per pot, at most cases induced irreversible damage or freezing in one pot with potential affect many other pots. This is just one of the economic problems; another is that a life expectancy of the pots is drastically reduced.

“Typically, a potline with a life circle value at 2,400 days, loss of 30percent of remaining life = 2400 x 30 / 2 = 360/ days as the productivity loss is critical, as carbon monoxide poisoning on personnel not wearing appropriated respiratory protection gears.

“The plant is configured with a six ABB type 13D2 gas turbines, an improved GT13D that was only similar to the 966MW Afam IV-V Power Station in Rivers State, and the 972MW Ugheli Power plant operated by Transcorp Corporation of Nigeria.

“The designed requirements and standard of operation by the original equipment engineers, designers and manufacturers provides for 590 MW capacity equipment.

“On the manufacturers design manual power plant template, it stipulate that four of these six turbo groups, and depending on the ambient temperature, at 80-90 per cent, correspondents to 320MW must be maintained at all the plant production hour.

“The remaining two gas turbines serve as standby unit and for various checks or both standbys.”