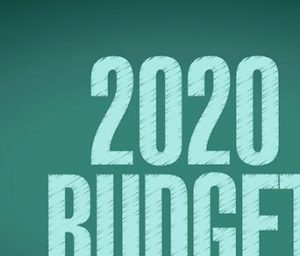 Lagos — An Economist, Mr Moses Igbrude, has urged the National Assembly (NASS)  to expedite the  passage of the proposed N13.08 trillion 2021 budget, in order to revamp the downturn in the economy caused by COVID-19 pandemic.

Igbrude, the  CEO  of  Ogu Investment, made the call in an interview with the News Agency of Nigeria (NAN) in Lagos.

He spoke against the backdrop of  President Muhammadu Buhari presenting  the 2021 budget estimate to a joint session of the National Assembly (NASS) on Thursday Oct. 8, 2020.

The proposed expenditure is put at N13.08 trillion with a crude oil benchmark price of $40 per barrel and daily oil production estimate of 1.86 million barrels (inclusive of condensates of 300,000 to 400,000 barrels per day).

According to Igbrude, the NASS must intensify the screening of the proposed budget in order to change the economic downturn worsened by the health pandemic.

He added that the 2021 proposed budget seemed promising but that the bane could be in its implementation.

“Raising revenue to implement the 2021 proposed budget is one of the tough challenges that the government has to deal with. “ Particularly now that the COVID-19 pandemic has led to the decline of the price of crude oil in the international market,” he told NAN.

He noted that the Buhari administration should be commended for initiating the proposed budget early to ensure the House of Assembly begins scrutiny on time.

He also suggested that since the proposed budget was in deficit, government should borrow to meet its competing needs.

“ Government needs to borrow from the local and international sources to execute the budget, thereby incurring more debt.

“However,  borrowing and being in debt to fix critical infrastructure is almost unavoidable because of the tough economic times,” he  said.