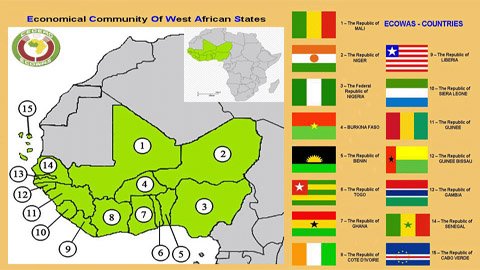 08 July 2018, Sweetcrude, Lagos — The 6th ECOWAS Regional Electricity Regulatory Authority, ERERA forum on the regulation of the electricity sector have agreed that the establishment of the regional electricity market is closely linked to the strengthening of cooperation between all national and regional actors.

They also stated that the success of the electricity market would depend, among others, on the implementation of reforms of national markets, strongly supported by policymakers in the countries.

The ERERA Forum is a platform for the exchange of ideas and experiences among the different stakeholders of the regional electricity market, including the governments of ECOWAS Member States, the ECOWAS Commission, national electricity regulators, technical and financial partners, electricity industry operators and members of the civil society.

In the various discussions and debates, participants at this year’s forum called for stronger commitments from member states, especially their policymakers, to accelerate the adoption and implementation of the rules and procedures necessary for the development and smooth functioning of the market.

Also emerging from the different presentations and reactions was the call for the capacity building of the actors of the regional electricity sector in the field of contractual and financial arrangements for projects.

In line with the theme for the 6th forum, The Regional Electricity Market: Key Success Factors, participants advocated better security of payments in the context of commercial transactions relating to the exchange of electricity.

They also strongly expressed the need for the promotion of electricity transmission pricing systems, both at the national and regional levels, which would reflect operating costs while protecting the interests of consumers.

The 6th Forum, hosted by Benin, was chaired by the Beninese Minister of Energy, Mr. Dona Jean-Claude Houssou. With him, among others, were the ECOWAS Commissioner for Energy and Mines, Mr. Sédiko Douka, the Chairman of ERERA, Professor Honoré Bogler, the Secretary-General of the West African Pool, WAPP, Mr. Siengui Apollinaire Ki, and the Chairman of the Electricity Regulatory Authority, ARE of Benin, Mr. Claude Gbaguidi.

All ECOWAS Member States and Mauritania were also well represented at the Forum.

Others in attendance included representatives of the Commission of the Economic and Monetary Union of West Africa, UEMOA, the United States Agency for International Development, USAID, the German International Cooperation, GIZ and the World Bank – partners which have been supporting the development of the electricity sector in West Africa.