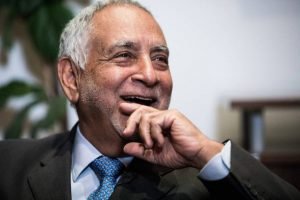 Quito — Ecuadoran state-run oil company Petroamazonas estimates it could lose some 165,000 barrels-per-day (bpd), or one-third, of crude production due to “insecure conditions” in oilfields as anti-austerity protests convulse the Andean nation, the energy ministry said on Tuesday.

The areas of the Sacha, Libertador and Auca fields in the country’s Amazon region were affected. The ministry said at the Sacha field, which stands to lose 72,500 bpd, people “violently” entered the facility and forced staff to suspend operations.

“We reject all actions that go against the normal operation of hydrocarbon infrastructure nationwide, since they are strategic assets that generate resources for the benefit of the country on a daily basis,” the ministry said.

In a separate statement, the ministry said roadblocks had led to fuel shortages in six provinces. Indigenous demonstrators have blocked roads across the country to protest President Lenin Moreno’s plans to eliminate fuel subsidies in order to shrink the fiscal deficit.