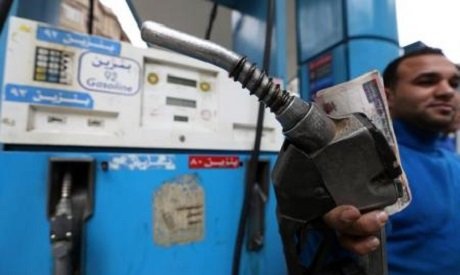 *An employee holds up a fuel pump nozzle and banknotes after filling up a car at a CO-OP petrol station in Cairo. REUTERS/Mohamed Abd El Ghany

CAIRO — Egypt left domestic fuel prices unchanged on Thursday at the second meeting under an IMF-backed pricing mechanism that links energy prices to international markets, the petroleum ministry said in a statement.

At its inaugural meeting in October, the pricing mechanism committee cut fuel prices marginally after the government increased them steeply over the previous three years to cover the cost of fuel on international markets.

“This is in light of … the rise in the price of Brent crude in international markets from October to December,” the oil ministry statement said.

The committee’s quarterly meeting decisions take into account international energy prices, the Egyptian pound’s exchange rate against the dollar and other factors.

Egypt’s currency has strengthened to 15.99 against the dollar, from 16.31, over the past three months.

The fuel price increases were part of a $12 billion three-year extended fund facility signed on Nov. 11, 2016. Egypt also allowed its currency to weaken sharply and implemented a value-added tax to reduce its balance of payments and budget deficits.