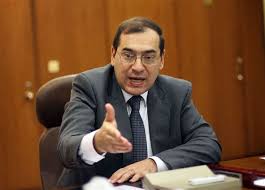 Oil Minister Tarek El Molla stated this, saying the country currently has 12 natural gas field development projects underway worth a total of $33 billion in investment. Molla spoke at the inauguration of a fertiliser plant in the port city of Damietta, according to Reuters.

Once an energy exporter, Egypt has turned into a net importer because of declining oil and gas production and increasing consumption. It is trying to speed up production at recent discoveries to fill its energy gap as soon as possible.

Recent discoveries and increased production may help the country save precious hard currency as it deals with an acute dollar shortage.

Egypt now spends $795 million per month on imports to meet its energy needs, about $250-$300 million of which is dedicated to natural gas, Molla said.

Egypt is also looking to rent its third floating and storage regasification unit, FSRU, by the second quarter of 2017, he added.

The FSRUs let the energy-starved country import liquefied natural gas (LNG) and convert it to natural gas to feed its power grid, which in past years has been affected by blackouts during peak months of consumption during the summer.

“With the arrival of the third regasification unit, Egypt’s total imports of natural gas will reach 2 billion cubic feet per day,” Molla added.