EKEDC cautions customers against attack on its workers 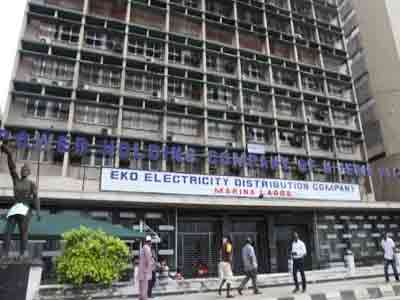 Lagos – The Eko Electricity Distribution Company (EKEDC) has cautioned its customers to shun violence and assault against its staff, while advising them to use alternative means of complaint resolution rather than resorting to self-help.

In a statement , the General Manager, Corporate Communications, EKEDC, Godwin Idemudia reiterated that, the company is committed to the pursuance of the full extent of the law in the event of any form of assault, manhandling or harassment of staff of the Company.

Idemudia said, the warning is coming on the back of assault, attack and stabbing of a staff of the Company along Ogombo road in the Ibeju Business District of the Company on Saturday 29th August 2020.

He disclosed that, the suspect, one Ahmed Fahti allegedly stabbed the staff and fled the scene immediately but the Company, with the support of the Nigerian Police and the Estate security team arrested and detained the suspect in the early hours of Sunday 30th August 2020 for questioning and further prosecution.

He stated that these barbaric acts will neither be tolerated nor condoned by the Company, as it is rather unfortunate that customers still engage in such acts when they have made available several platforms for complaint or dispute resolution.

‘We will take full legal recourse in this case to serve as a deterrent to others, while we are calling for maximum cooperation from our customers and plead with them to handle issues with civility’ he said.