on: January 02, 2018In: Community Development, featured 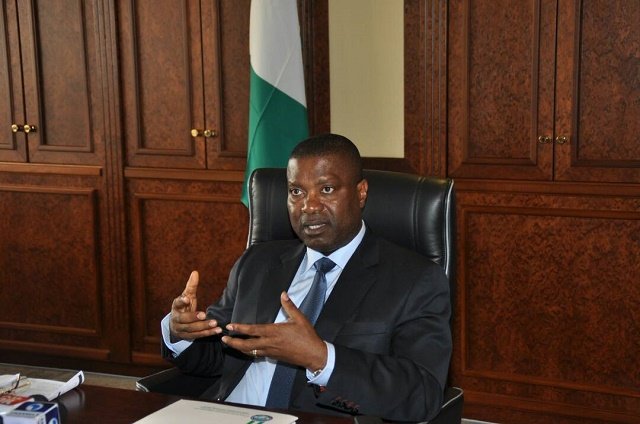 02 December 2017, Sweetcrude, Abuja – The Managing Director of Niger Delta Development Commission (NDDC), Mr. Nsima Ekere has commended President Muhammadu Buhari for enabling the take-off of the 10 modular refineries to be located in five of the nine states of the Niger Delta.

In a new year thank-you message to the President, obtained by our correspondent in Abuja, Ekere said it was historic that privately-owned refineries were finally coming to the Niger Delta through the enabling environment created by the Buhari Administration after nearly two decades of fruitless attempts.

He pointed out that the establishment of the refineries was significant as they were certain to tremendously boost fuel supply in the country with their capacity to refine 300,000 barrels of crude oil per day.

Ekere also stated that the refineries would create jobs and help ensure peace in the Niger Delta.

He noted with delight that two of the 10 refineries, Amakpe Refinery meant to be located in Akwa Ibom State and OPAC Refinery to be based in Delta State, have their mini-refineries modules already fabricated, assembled and containerised overseas, ready for shipment to Nigeria for installation.

The NDDC boss, who participated in the recent meeting of the Vice President Yemi Osinbajo-led Niger Delta Inter-Ministerial Committee in which the report of the modular refineries was received, commended the Vice President for his instrumental role in bringing investment, development, and peace to the Niger Delta.

He promised that the NDDC would continue to engage the Federal Ministry of Petroleum Resources and other government agencies to promote positive investment in modular refineries.

Ekere similarly pledged the commitment of the NDDC to continue in the massive development of the Niger Delta in 2018.

He used the opportunity to also laud President Buhari for the recent appointment of several indigenes of the Niger Delta into Federal boards and for his renewed commitment to address the challenges of the region as contained in his new year address to Nigerians.

Ekere congratulated the appointees including a former Managing Director of NDDC, Mr. Timi Alaibe, who was named Board Chairman of Oil and Gas Free Zones Authority (OGFZA) and charged them to live up to the expectations of the President and Nigerians in the discharge of their duties.