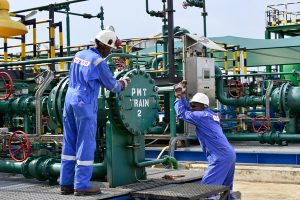 Lagos — Shareholders of Eland Oil & Gas Plc have given their backing to the £382 million takeover of the company by indigenous oil and gas producer, Seplat Petroleum Development Company Plc.
The company disclosed this in a statement issued in Lagos, saying that the shareholders gave the approval at the two company’s shareholders’ meetings on November 20.
The company noted that the resolutions on proposed takeover of Nigeria-focused Eland were approved by 99.9 percent of votes cast.
It also added that the vote was  subject to court approval and that the takeover was expected to become effective on December 17, 2019.
The company said the cash takeover announced in October provided recognition of Eland’s achievement in building a successful exploration, development and production business in Nigeria.
The company noted that Seplat had the financial and technical capacity to develop Eland’s assets and would deliver long-term benefits for employees, partners, host communities, and the country as a whole.
“As a leading indigenous operator, Seplat understands the critical role it must play to drive a positive socio-economic impact among its communities.
“With their knowledge of Eland’s producing assets and operations, Seplat’s management team will efficiently integrate them into Seplat’s existing portfolio.
On announcement of the deal, Seplat acknowledged the importance and value of the skills and experience of existing Eland employees who built the company’s success.
Besides, it stressed that the combination of the two businesses would result in a wider range of capabilities, as well as underpin Seplat’s ambition to be the leading independent E&P in Nigeria.
Commenting on the development, Mr George Maxwell, the Chief Executive Officer of Eland said the management of the company was happy contributing its quota to the economic development of the country.
Maxwell said, “We are glad to have contributed immensely to the growth of the Nigerian oil and gas industry
“Eland has outperformed most of its peers and the London AIM Oil & Gas Index in a period which has seen a significant cyclical downturn in our industry,
“We are proud to say that Eland has contributed greatly to helping the Federal Government achieve its mission of growing local participation in the sector.”
It would be recalled that on October 23, 2019 the condition requiring a joint notification made by Seplat and Eland to the Nigerian Department of Petroleum Resources, notifying the Nigerian Minister of Petroleum Resources of the acquisition and the acquisition of interests by Seplat in Eland, was deemed satisfied.
The condition requiring a joint notification made by Seplat and Eland to the Nigerian Federal Competition and Consumer Protection Commission, notifying the Nigerian Federal Competition and Consumer Protection Commission of the Acquisition, was deemed satisfied on November 12, 2019.