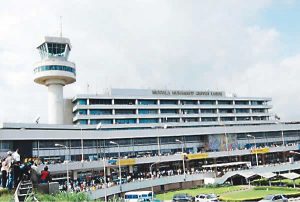 17 January 2019, Lagos — The Murtala Muhammed International Airport, Lagos was on Thursday hit by a temporary power outage which affected the D Wing of the terminal.

“The outage is due to a minor electrical fault.

“Meanwhile, our engineers are already working to rectify the fault and normalcy will be restored soon.’’

She, however, explained that the outage did not affect flight operations at the nation’s busiest airport.

Yakubu said that FAAN remained committed to the safety and comfort of travellers at all times.

The News Agency of Nigeria reports that the MMIA was, on November 7, 2018 affected by a power outage lasting several hours which affected flight operations.

Aviation stakeholders had expressed concern over the ugly development and called on the Federal Government to create an independent power supply for the MMIA to befit its Category One status.