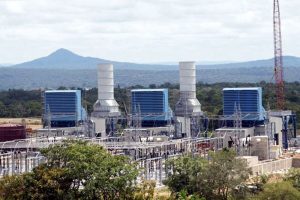 The Gencos have also demanded a re-denomination of the annual concession fees from dollars to Naira, citing difficulty in accessing the foreign exchange.

The demand of the electricity generation companies was presented to Acting President, Prof. Yemi Osinbajo, at a meeting in Abuja.

Operators of the electricity generation companies lamented that their efforts were being frustrated by the practice of electricity rejection coordinated by the NCC, following a persistent refusal of Discos to take up generated power.

One of the operators who spoke to our correspondent after the meeting noted that available power generated int he country over is 6,000 MW, while evacuation is merely about 4, 000 MW. The case is very bad because it has grave consequences for the industry and national security.

He said, “Asking Gencos to ramp down (reduce) power generation means that the companies suffer a loss on their investments. According to the concession agreement with the Federal Government, Gencos are supposed to be paid for every power they generate. But that is not the case.

“When they are asked to reduce the power being put on the national grid, what happens is that the unutilised power becomes a loss to the Gencos. We are not paid for that power.

“Nigerians may be complaining that there is no power but this is the real situation. What we have available is not being utilised as at today.”

The Gencos also warned the Federal Government that persistent requests to ramp down power generation by the NCC could lead to flooding, especially as the hydropower plants would be expecting a very high volume of water from the Futa Jalon Mountains in Senegal, the source of River Niger, on which Kainji and Jebba dams were built.

According to the operator, “If the water is not utilised in power generation, it could lead to massive flooding. The water spillage through the Spillway Way Gate could have attendant consequences for the communities along the river.

“The ramp down is not in the interest of the generating companies nor in the national interest because the nation needs power and cannot afford flooding, especially in the coming months of September and October.”

He also noted that the failure to settle Gencos’ invoices even for the power that was utilised by the Discos constitutes a major impediment to their operations.

The Acting President was told in clear terms that the Gencos could not continue to operate when their invoices are not being paid. Currently, they are being owed about N600 billion.

The group also asked that the balance payment of about N213 billion of the Power Sector Special Intervention Fund still held by the Central Bank of Nigeria (CBN) be released to boost liquidity in the sector.

The Gencos also urged the Federal Government to release in full, the N701 billion recently approved for the Power Sector Payment Assurance Fund to clear the five-month backlog of unpaid invoices as about 20 per cent of that fund is said yet to be released.

The Gencos also demanded a review of the concession fees with a view to making the payments in Naira, rather than in Dollars, as contained in the agreement.