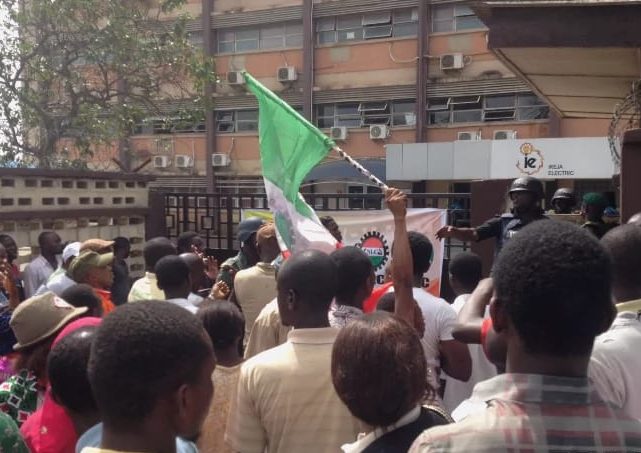 …Says it was wrong to privatize the power sector

Port Harcourt — Electricity workers in the country under the aegis of Nigerian Union of Electricity Employees, NUEE, have charged the Federal Government to as a matter of urgency begin the process of reviewing and evaluating the performances of power distribution companies in the country.

NUEE which explained that the government was supposed to review the performance of Discos in November 2018, argued that when the power sector was privatised in 2013, the law was that the performance of the private investors will be reviewed after five years, to pave the way for improvement.

NUEE Organising Secretary, Rivers State, Mr Innocent LordDouglas, said allowing private hands into the nation’s power sector was a big mistake, saying that the private firms have failed woefully in every ramifications, and were only out to make excessive gains.

LordDouglas, speaking to our correspondent in Port Harcourt, explained that the private firms are only out to make profit, adding that the country’s power sector would have improved significantly if it was still being managed by the government.

According to him, “Before the power sector was privatised, the union already said that privatisation will not work because when you take the utility of a state and put it into private hands that are out to make profit, they will do nothing other than make money.

“The Discos buy a little energy and then ration it round the whole populace because they want to make money, because they are businessmen.

“And then, the law says that these people will be reviewed after five years, but unfortunately as at November 2018, their licences were not reviewed, they were given one more year grace. Although the government hasn’t told Nigerians the reason the Discos have not been reviewed. Why did government refuse to evaluate their performance after five years?

“Electricity being in the hands of government would have been much improved by now, because government will not go about trying to make excessive profit like what the private firms are currently doing. The private firms have failed, power situation has degenerated from what it used to be, when it was ran by the government.”

NUEE also called on the Federal Government to make plans towards reviewing the power sector privatisation, with a view towards recovering it from the private firms.

“Even the prepaid meters have so much been manipulated by the Discos, such that it runs like wildfire. So do you trust the private firms?

“We believed that if the government can have the political will to recover it, it will be better for the people of Nigeria.”