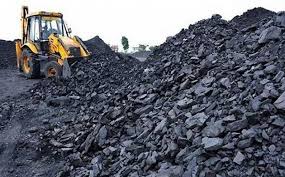 Copenhagen — Too much of the world is still addicted to coal power even as climate change “threatens the viability of human societies”, U.N. Secretary-General Antonio Guterres said on Friday, singling out Asian nations over their ongoing use of the fossil fuel.

The U.N. chief told a gathering of world mayors in Copenhagen that too little was being done to tackle climate change and avert its harmful consequences.

“Let us make no mistake, we are facing an urgent crisis,” Guterres told the summit in the Danish capital, organised by the C40 network of cities.

“Climate change is moving faster than we are, exceeding worst-case projections,” he added.

Countries should cut their planet-warming emissions by at least 45 percent by 2030 and become “climate-neutral” by 2050 to stabilise warming at 1.5 degrees Celsius (2.7F) above pre-industrial times, the lower limit set by almost 200 countries in the 2015 Paris Agreement, he said.

But government action was lagging behind, Guterres added.

“Current national climate action plans get us nowhere close to these goals. We are on pace for a catastrophic 3-degree or more rise. This would be devastating for humanity,” he said.

At least 70 countries announced plans at a U.N. climate action summit last month to beef up their Paris pledges to cut emissions, but most major economies including the United States and China failed to announce stronger new measures.

“We still have large parts of the world with a coal addiction,” Guterres said, adding that an “absolutely unacceptable number” of new coal power plants were planned, mainly across Asia.

With an abundance of locally produced cheap coal, the region is bucking the global trend towards finding cleaner alternatives to burning fossil fuels, which emits greenhouse gases scientists say are heating up the planet.

Guterres has previously called for a halt to the construction of coal plants from 2020, as well as a move away from subsidies for fossil fuels and a rapid shift towards renewable energy sources like solar and wind.

“We have the knowledge, the technology and the resources to address the climate emergency … what is still missing at many levels is political will,” Guterres told the Copenhagen summit.

Leaders of more than 90 cities, representing over 700 million people and a quarter of the global economy, met in Copenhagen this week to push forward on climate action.

C40 said that 30 of the world’s largest cities, representing more than 58 million residents – from Austin to Venice – had already peaked their emissions and had since cut them by an average of 22%.

The mayors’ gathering came as climate-change protesters took to the streets from Britain to New Zealand in two weeks of peaceful civil disobedience.

“Today we can see business, cities and the society moving faster than governments are,” Guterres said.

“So it is very important to go on putting as much pressure as possible on governments to make sure that they … accept our carbon neutrality objective for 2050.”