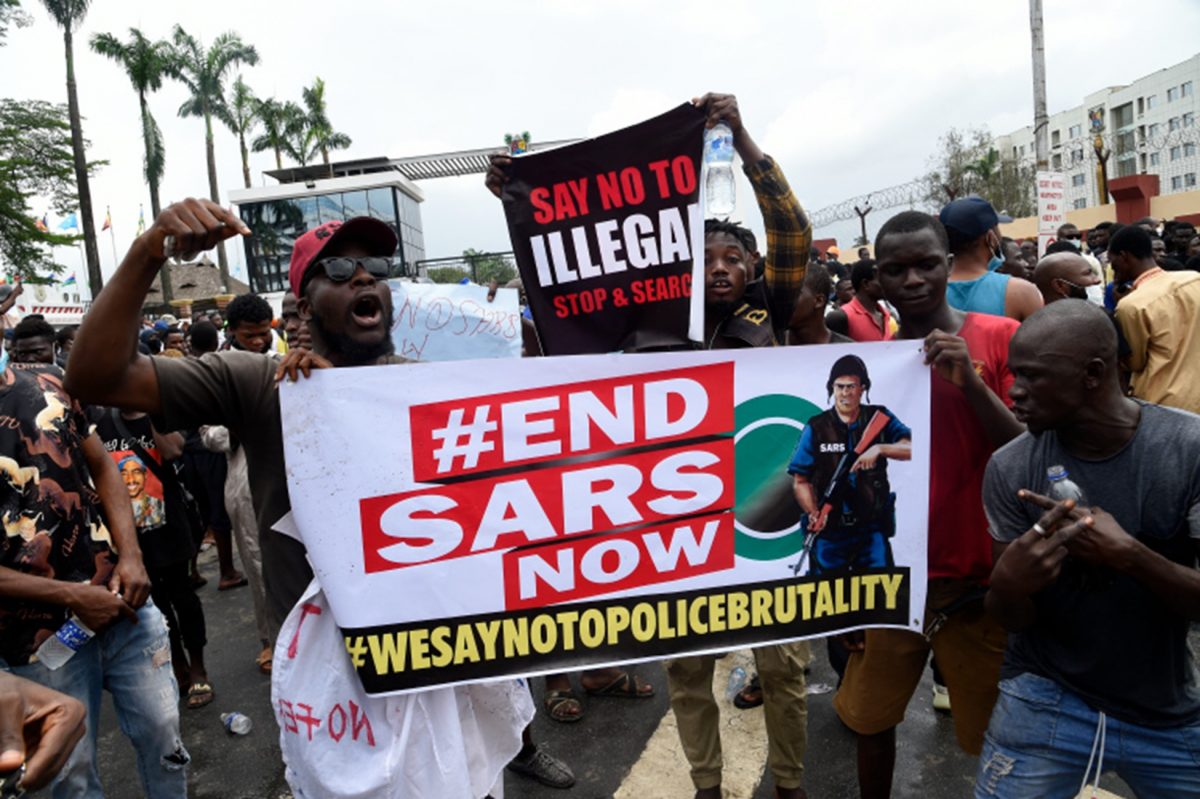 *Protesters in Lagos demanding an end to police brutality

Lagos — The Nigeria Employers’ Consultative Association (NECA) has revealed that the recent event of arson and vandalization of both public and private properties have deepened economic difficulties in the country;

While addressing journalists in Lagos, the President NECA, Mr Taiwo Adeniyi said there is no gainsaying that the recent events have deepened economic difficulties in the country, further increasing the risk of investment in the economy as well as lowering Nigeria’s economic growth prospects according to the International Monetary Fund (IMF).

He stated IMF has reiterated that the protest in the country is not just against police brutality, but also against unemployment and poverty and also explained that the difficulties that came in the wake of the decline in oil prices in 2015-16 in Nigeria which have diminished the economic prospects in the country and this dislocation has exerted pressure on standards of living, which fueled the protest.

Adeniyi stressed that the Organised Private Sector of Nigeria (OPSN) is ready to work with all stakeholders in the private sector, government at all levels and other peace-loving Nigerians to restore peace and order.

He averred that the clamour for restructuring of the national security architecture has reached a crescendo and on-going effort by the government to respond to this call should be wholesale and far-reaching, as this will further enhance the confidence of investors in the Nigerian economy.

On-going efforts to maintain peace and order and the engagement of critical stakeholders, including the youths are welcome. The nation cannot afford to slide into avoidable anarchy, even as the world battles the threat of a second wave of the coronavirus pandemic’ he stated.

He added that Organized businesses with the leadership of NECA will continue to support the government at all levels in promoting the Nigerian economy, while urgent attention is given to the creation of an enabling environment necessary for businesses to thrive and the economy to flourish.

Adeniyi stressed that it is apparent that organized businesses cannot wholly depend on the publicly provided security architecture as the tendency for them to be overwhelmed is high as witnessed during the recent past.

‘It is now imperative for businesses to make extra or alternative arrangements to augment the security of lives, properties and assets in case of future incidents’ he said.