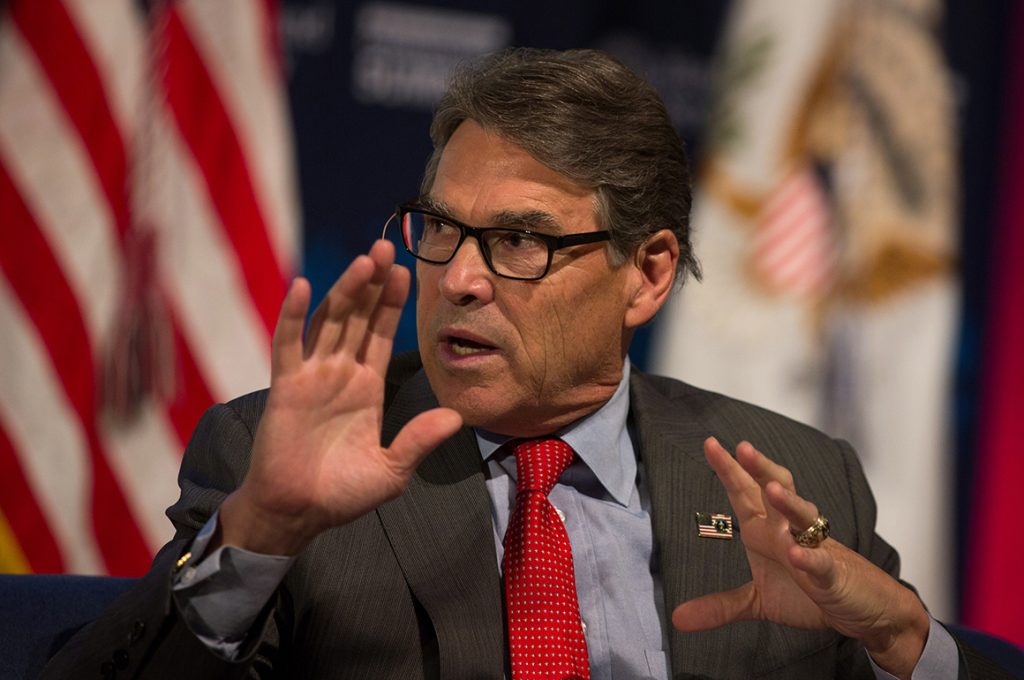 Washington D.C. — Energy Secretary Rick Perry has told confidants he plans to resign from the Trump administration by the end of the year, according to two people familiar with the matter.

Perry, an Air Force veteran who was previously Texas’ longest serving governor, was to spend some time in the Oval Office Friday but hadn’t intended to tell President Donald Trump of his departure timeline. The time was scheduled so Perry could get a photo of his new grandchild with Trump, according to two other people, who asked not to be named to discuss a matter that is not yet public.

Perry’s plan to depart comes amid scrutiny of his role in the White House’s interactions with Ukraine’s president Volodymyr Zelenskiy, although he had been planning his departure from the agency well before the issue became the subject of an impeachment query by House Democrats.

Perry is said to have a good rapport with Trump having avoided the missteps that led to the downfall of Scott Pruitt and Ryan Zinke, his now departed colleagues who led the Environmental Protection Agency and the Interior Department respectively.

Perry, 69, has served since March 2017 as the leader of the agency he once vowed to eliminate. With an annual budget of around $30 billion, it is responsible for work ranging from safe-guarding nuclear weapons to maintaining the Strategic Petroleum Reserve.

He has told friends he’d like to pursue opportunities in the private sector.

For months, Perry has been paving the way for his likely successor, Deputy Energy Secretary Dan Brouillette, according to a person familiar with the matter. Brouillette has taken a bigger role in some department policy matters, such as natural gas exports, and he has more frequently served as the public face of the agency, including on diplomatic missions to tout American energy to foreign allies.

During his tenure, Perry championed the national laboratory system and other department programs that the Trump administration sought to cut, and he tried unsuccessfully to rescue unprofitable coal and nuclear plants.

Rumors of Perry departing the agency have popped up before — Trump is said to have considered him to lead both the Department of Homeland Security and Veterans Affairs. Both times Perry or aides to him have asserted he was happy in his position at energy and had no desire to leave.

Still, Perry has not been a seamless fit with the Energy Department, where the two most recent secretaries had PhDs in physics. Perry was an animal science major at Texas A&M, and he advocated abolishing the department during his own presidential bid.

“While the beltway media has breathlessly reported on rumors of Secretary Perry’s departure for months, he is still the Secretary of Energy and a proud member of President Trump’s Cabinet. One day the media will be right. Today is not that day,” said Shaylyn Hynes, an Energy Department spokeswoman.